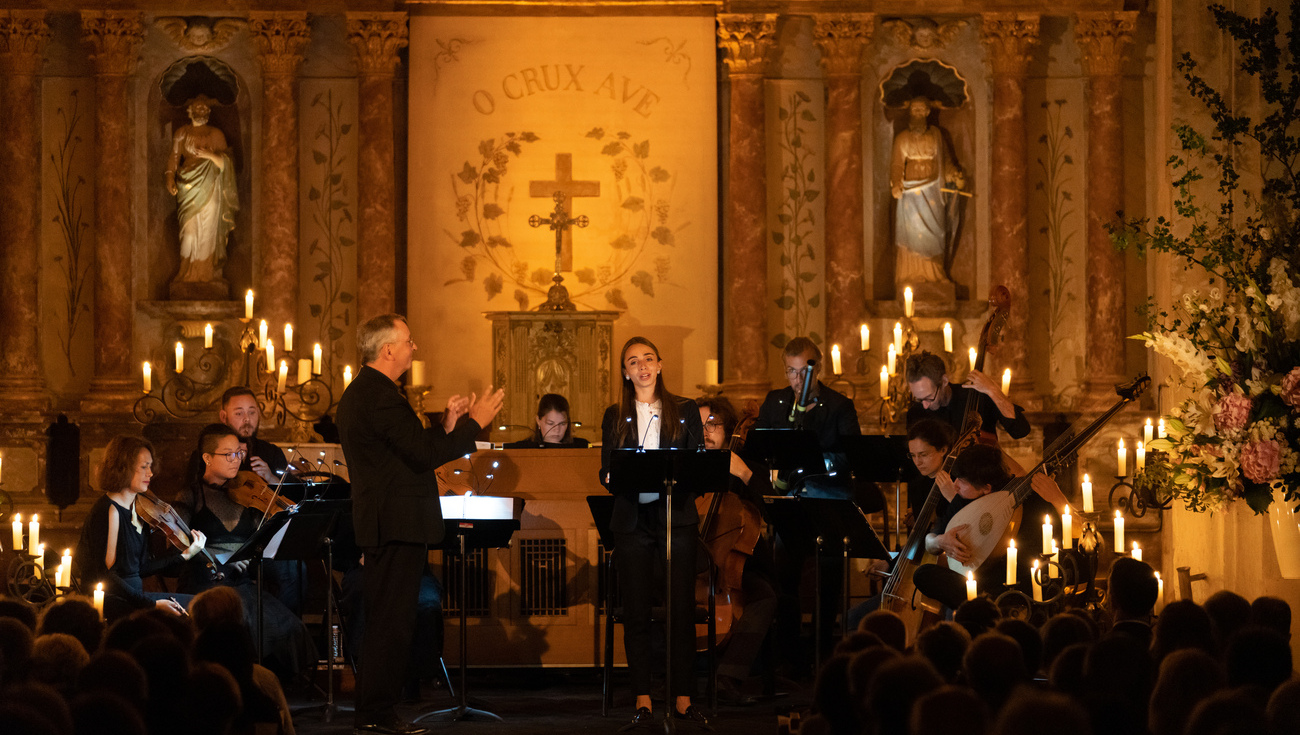 "Bach is considered one of the greatest composers of Western music - perhaps even the greatest. Graupner, on the other hand, is only a footnote in the history of music. And yet... Christoph Graupner is the author of more than 1,400 cantatas (six times as many as Bach), not to mention numerous symphonies, suites and operas. Moreover, when Bach obtained the position of musical director of the Thomaskirche in Leipzig in 1722, he was only a second choice: Graupner was the favorite...

The two composers have another point in common: each wrote, one year apart (1712 for Graupner, 1713 for Bach), a piece on the same text by the poet Georg Christian Lehms, Mein Herz Schwimmt im Blut. There is a striking similarity between these two cantatas, which cannot be a coincidence. Both are for solo soprano, both are for strings and oboe, both are in C minor, both begin with a recitative conceived on a C pedal note, and the tonal structure of the seven movements is almost identical.

So here are two young composers of almost the same age, both newly appointed to their respective positions, writing a cantata on the same text, for the same musical forces, in the same tonality and with the same harmonic structure... but how did Bach know Graupner's cantata? Unfortunately, we can only imagine the answer. Did Bach want to modernize the structure of his cantata and ask Graupner for help? Did Graupner send Bach a copy of Lehms' recently published texts, along with his setting of Mein Herz? All this is conjecture, but it is clear that these two brilliant and ambitious young composers entrusted each other musically to produce two arrangements that were as similar as they were different; each with its own musical language and a very personal reaction to the text - but it seems impossible that the young Bach did not know Graupner's arrangement."