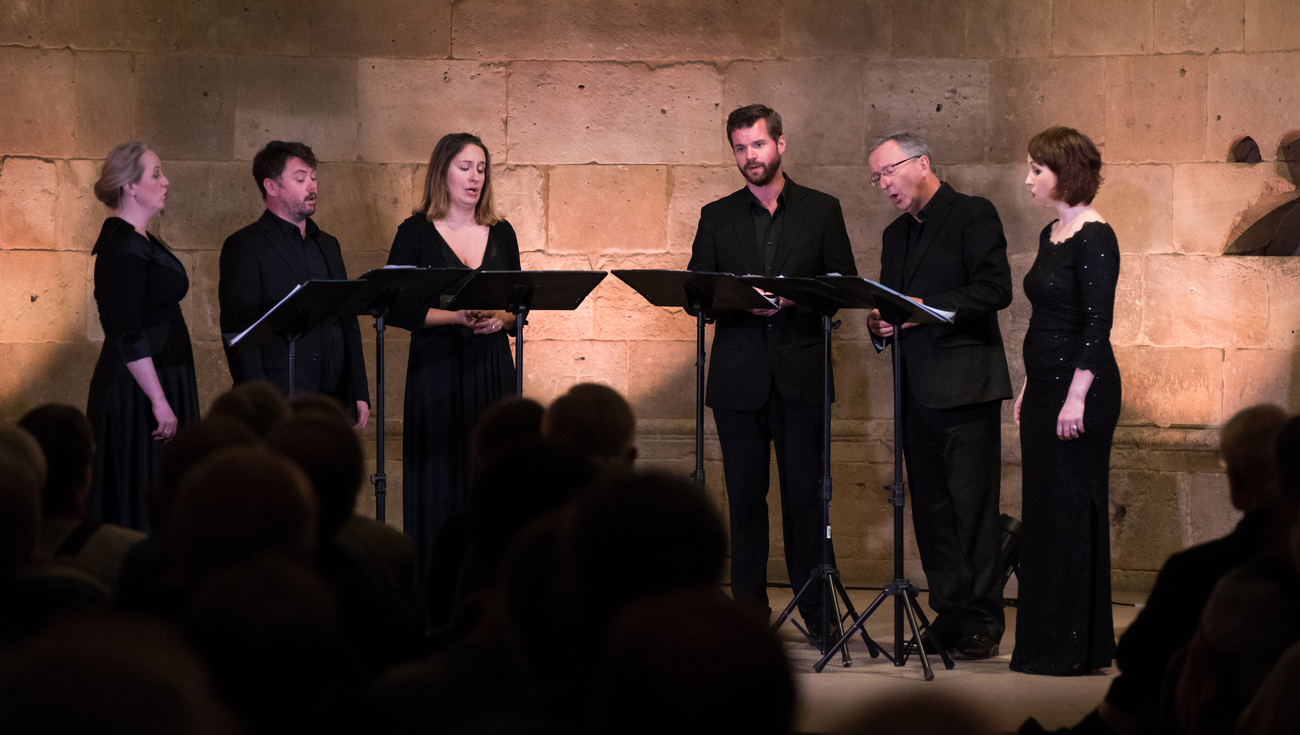 Due to the Covid-19 epidemic, we are very sorry to announce that the Gesualdo - Madrigaux, livre 6 concert tour has to be postponed. Another program will be performed at the Philharmonie de Paris (without live audience for an online live broadcast) and at the Auditorio Nacional de Musica in Madrid on the scheduled dates: Monteverdi, du profane au sacré.

‘The sheer inquisitive delight that these singers bring to Gesualdo’s extraordinary world indicates a very exciting series ahead’
Gramophone Magazine (on the recording of Books 1 and 2, winner of the "Early Music" Gramophone Award 2020)  > Read the complete review

« Superbly attentive to one another, well matched in clear tone without vibrato, the singers wove a contrapuntal fabric that blended into rich, organ-like sonority at some moments and splintered into six-way conversation at others. »
David Wright, New York Classical Review

Over the course of three seasons, Paul Agnew and his team of singers are exploring the madrigals of one of the most romanesque composers in the history of music: Carlo Gesualdo. After the beginning of the Cycle in 2018, the 2020 – 2021 season will see the presentation of the 5th and 6th books.

“We will attempt to place them in their context by associating them with music of their contemporaries and retracing the emergence of the chromatic madrigal, trying to understand how Gesualdo finally came to write at the very end of his life, music which today continues to shock and fascinate.

Sometimes treated as a mad man having lost all sense of reason, Gesualdo was indeed an artist who followed a compositional logic and contributed to enlarging and pushing the possibilities of musical expression to its limits.

Count Gesualdo was a self-proclaimed violent murderer, a devout and repenting Christian, a nobleman and a published composer all at the same time. A complex and contradictory character, he played a key role in a turning point in the history of music at the beginning of the 17th century, contributing some of the fundamental elements which will secure a place for new, dramatic and modern music – the Seconda prattica.”