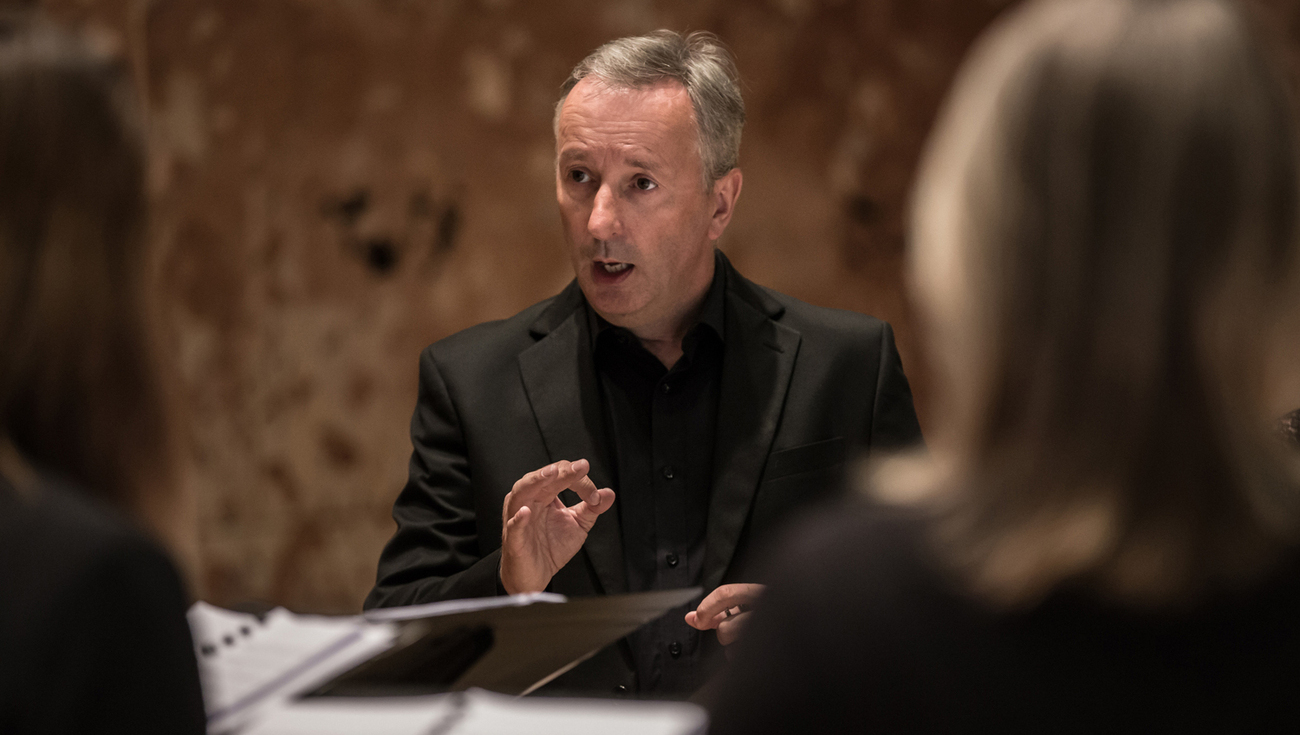 'The simple and curious delight that these singers bring to Gesualdo's extraordinary world suggests a most exciting sequel'
Gramophone Magazine (on the recording of Books 1 and 2, Gramophone Award 2020)

Paul Agnew and his team of singers have devoted themselves for three seasons to the complete madrigals of one of the most romanesque composers in the history of music: Carlo Gesualdo.

"Carlo Gesualdo, Prince of Venosa, was born into one of the richest families in southern Italy. Here is a first enigma. The profession of musician was considered very inferior to Gesualdo's noble status, yet he spent his life in the company of musicians, studying music and publishing his own works, signing them with his name. Why did he do this? Musicians of the time published their music to make money, but Gesualdo did not need to. Did he do it for posterity? This is a very modern concept. The music of the time was written for immediate use, not for preservation, yet Gesualdo published his madrigals in their entirety.

The motets show another important facet of the character. Carlo was not the first, but the second son of the Gesualdos; according to the tradition of the Italian nobility of the time, his destiny was therefore to serve the Church. And not at a lower level: his family had long been linked to the highest echelons of the ecclesiastical hierarchy, and his uncle was none other than Cardinal Carlo Borromeo. But when his older brother died at the age of eighteen, Carlo's life had to be hastily reinvented. Having been trained in the service of the Church, he was to inherit one of the greatest fortunes in Italy, and as the future head of the family, his new and greater responsibility was now to provide a successor to the Gesualdo dynasty. He was hastily married to a young and beautiful widow, Maria d'Avalos - a marriage doomed to a tragic and violent end, with Maria's murder by her young husband. The circumstances of her death and her blatant infidelity would become a famous case throughout southern Italy, but Gesualdo was never convicted. As a nobleman, married to an openly adulterous woman, the court considered that only two options were open to him: to live as a deceived husband (an unimaginable humiliation for a nobleman of his rank), or to act... The murder of his wife, without being excused, was considered the only possible action to preserve his personal dignity and the family reputation. However terrible the act, it was not the act of a madman but rather a calculated decision, made necessary by his status. It is a misconception that this led him to write extreme, harmonically daring, even demented music. Gesualdo's music is, for the most part, highly traditional, and his moments of extreme chromaticism represent the apotheosis of a musical movement already present in Ferrara many years before.

I have designed our program to show Gesualdo's musical development from ambitious Neapolitan youth to accomplished Ferrara virtuoso composer. We will hear excerpts from each of his six books of madrigals, interspersed with motets published in 1603. This is a selection of some of the most beautiful pages of music of the time, sometimes strange, passionate, expressive, but never senseless. For Gesualdo deserves to be remembered for the beauty of his music, more than for his violent youth."

This concert is part of a three-season series of Gesualdo's madrigals performed by Les Arts Florissants and Paul Agnew, in partnership with the Cité de la musique - Philharmonie de Paris.

Watch the complete video of the 4th Book on Philharmonie Live: