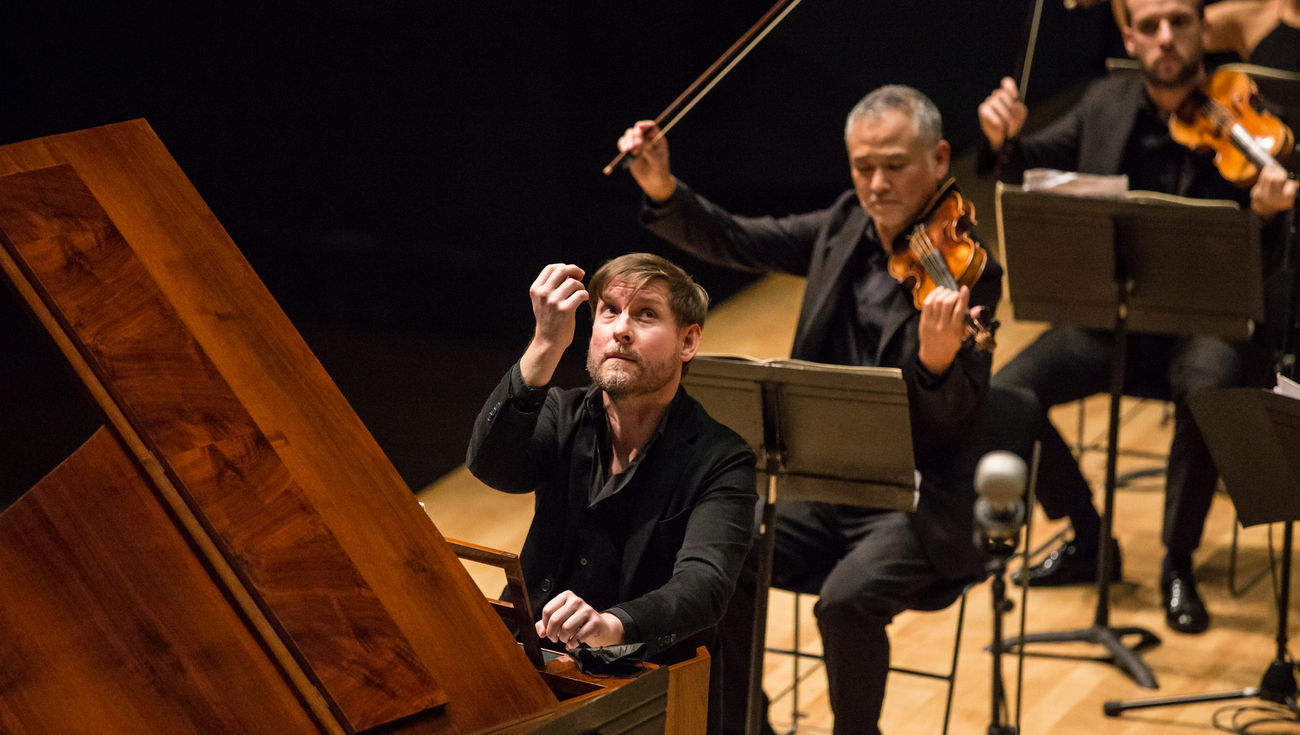 Joseph HAYDN - Symphonie nᵒ 87 en la majeur Hob. I/87 ( Because of the new curfew measures decided by the French government relative to the Covid-19 epidemic, this piece will not be performed during the concert at the Pilharmonie de Paris on October 26 )

William Christie and the orchestra of Les Arts Florissants continue their major three-season project of the exploration of Haydn’s six Paris symphonies along with concerti presented by some of the most virtuoso instrumental and vocal soloists of the young generation.

Despite the humour and inventiveness of the numerous symphonies of Haydn, programmers today frequently favor Mozart over his mentor but during the 1780s, it was almost unthinkable for the organisers of the famous Concert Spirituel to start each half of a concert with anything other than a symphony by Joseph Haydn.  The affinity for his works continued into the second decade of the 19th century largely overshadowing the place of popular contemporaries at the time such as Mozart or even the early symphonies of Beethoven. The group of six « Paris » symphonies written by Haydn between 1785 and 1786 for the Concerts de la loge Olympique which housed one of Europe’s best orchestras of the time, quickly gained favour with the Parisian public. Revived all over Europe, they became the veritable summit of the classic Viennese symphony.

For this second programme in the cycle, William Christie has invited the brilliant fortepianist Kristian Bezuidenhout to complete the programme with Mozart’s B flat major piano concerto.