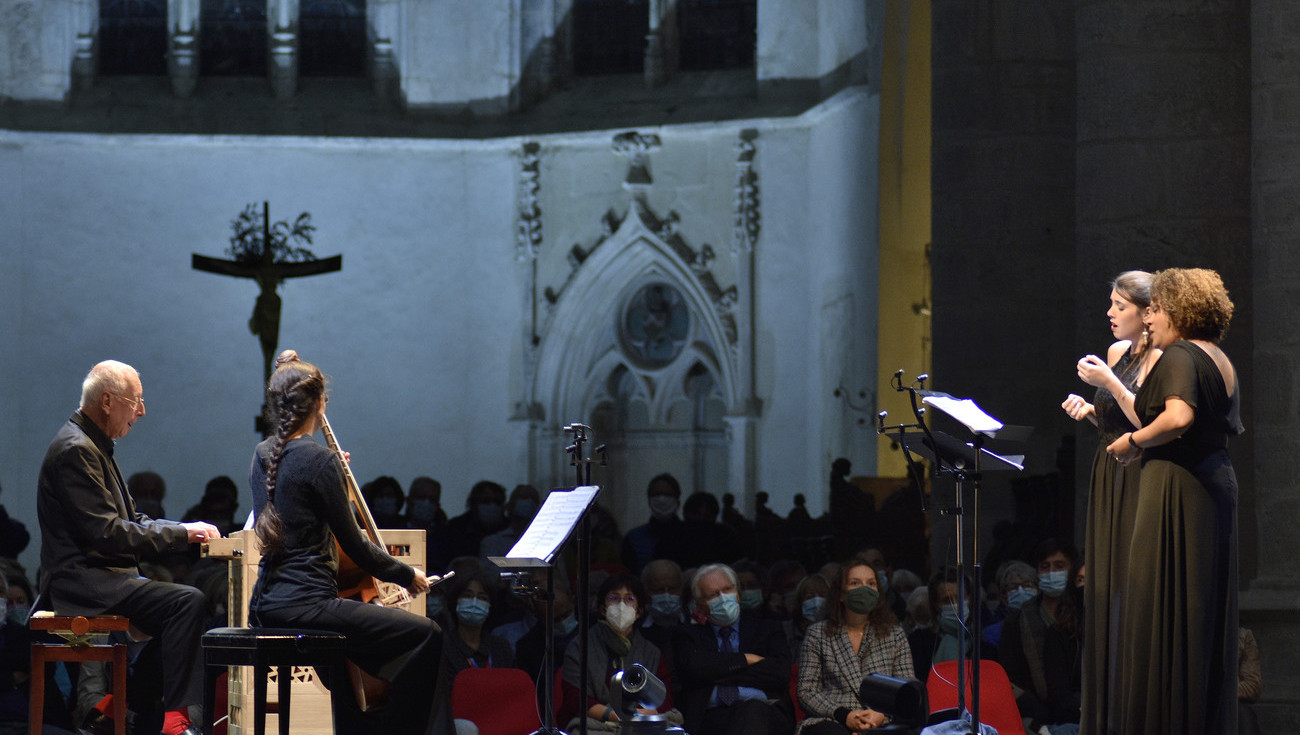 "A concert of rare beauty, that refreshes the soul."
Toute la Culture, 5 October 2020

"William Christie's Les Arts Florissants performs the Leçons de Ténèbres with an art that is worthy of the greatness of its composer, François Couperin. Time suspends its fly."
Olyrix, 27 September 2020

François Couperin's Leçons de Ténèbres for one and for two voices are works which Les Arts Florissants are very familiar with, having recorded them and performed them on numerous occasions. They are intended for a ceremony commonly called Tenebrae (sometimes also called lamentations), which is a liturgy proper to Holy Week: the Matins service on Wednesday, Thursday and Friday of the week before Easter was in fact celebrated in the darkness of the night, the candles being gradually extinguished as the day dawned during the course of this particularly long vigil. These three Matins offices are all based on the same structure, but their texts differ: a Nocturne beginning with the recitation of a psalm is followed by a "Lesson" taken from the "Lamentations of the Prophet Jeremiah", the text of which is punctuated by one of the letters of the Hebrew alphabet (Aleph, Beth, Ghimel, Daleth, etc.) sung on high tessitura vocal phrases. Each of the "Lessons" is followed by a "Reply", a kind of prose poem commenting on the passion of Christ. For convenience sake, these night services were finally transferred to the previous day, so that the faithful could more easily attend. And it is in order to attract this particular type of public that since the 16th century, the tradition has been established of composing polyphonic music on these texts, where the exaltation of faith seems to merge with a form of heightened sensuality.

For this new interpretation, William Christie has chosen to surround himself with the cellist Cyril Poulet and two singers, Gwendoline Blondeel and Rachel Redmond, a soprano with a velvet timbre, whom he discovered in 2011 at a Jardin des Voix and who now leads an international career.

This concert will be broadcast on