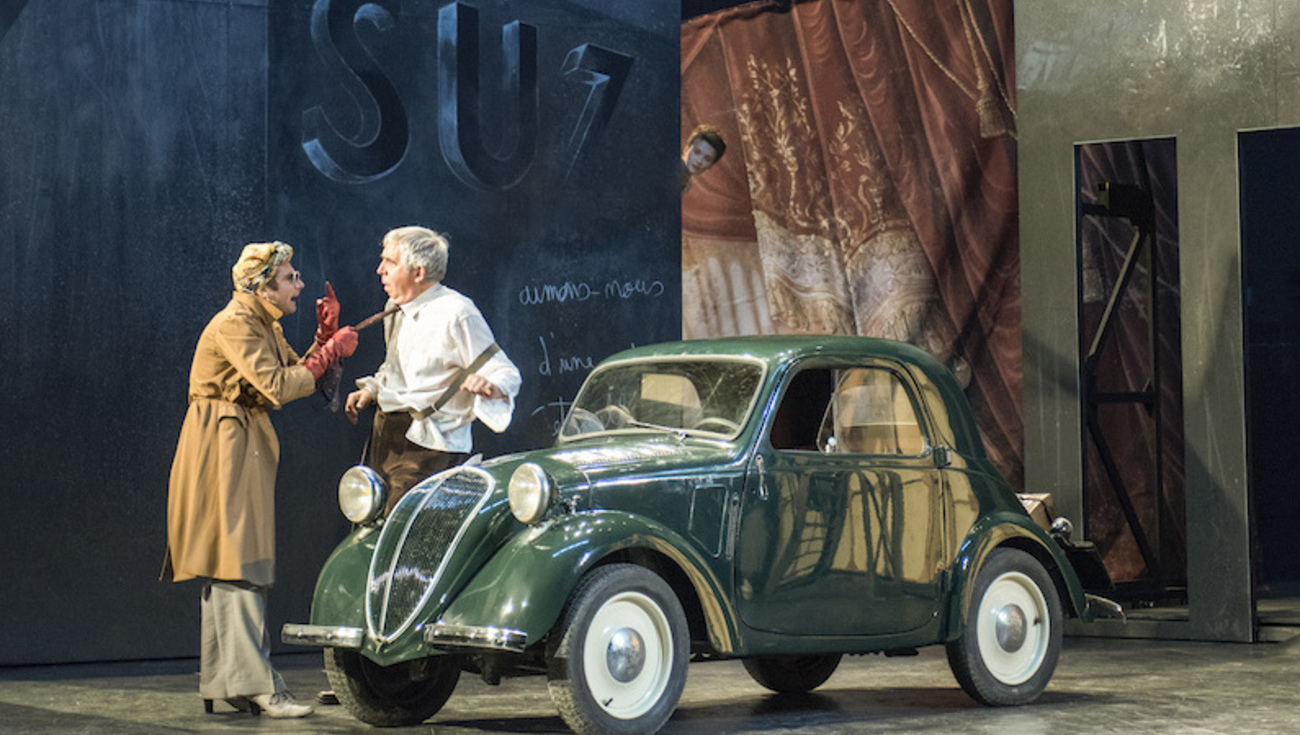 Monsieur de Pourceaugnac embraces several important themes dear to Molière: marriage, money, illness. Freshly arrived from Limoges to marry young Julie, Pourceaugnac immediately falls prey to Sbrigani and Nérine, two intriguers paid by the young lady’s lover to prevent this arranged marriage. Manipulated in turns by doctors, by a woman from Picardy or by the Swiss Guards, this small-town-man is as lost in the streets of the capital city as he is in his own head; he will eventually have no other solution but to flee from Paris disguised as a woman. Taking on the form of a simple comedy, inspired by canvas from the Italian comedia dell’arte and embellished by music and dance, Monsieur de Pourceaugnac certainly is one of Molière’s darkest and cruellest plays that  has written.

Contrarily to other comedie-ballets, in Monsieur de Pourceaugnac music is not a simple ornament, but an inherent part of the dramaturgy of the play. For William Christie and myself, it is this interweaving of music and theatre that precisely gives this piece its particular interest. While in the nascent opera music will little by little take precedence over theatre, Molière and Lully pull off an incredible challenge with this piece: to make theatre from music.