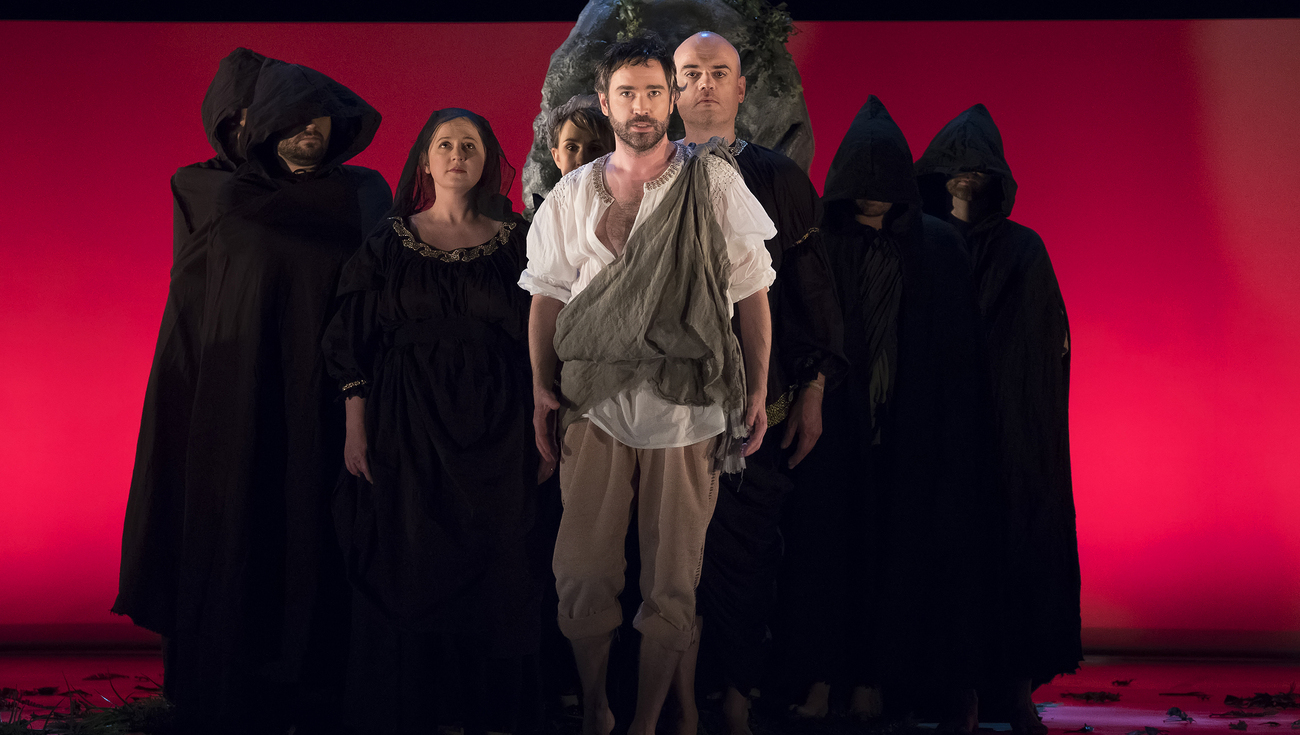 Since we cannot perform the show in public, Les Arts Florissants and Angers Nantes Opéra invite you to watch Monteverdi’s L’Orfeo from home, free of charge!

On May 12 at 8pm (CET), the filmed version of the show will be exceptionally streamed on Facebook and on YouTube and will remain online for 72h hours.

"This production of L'Orfeo, first performed in 2017, is the consecration of a unique adventure: an adventure that led a few musicians from Les Arts Florissants and myself to perform all of Monteverdi’s books of Madrigals in concert. These madrigals constitute at one and the same time a sort of musical autobiography of the composer and an experimental laboratory for the various harmonic and dramatic techniques that will take full form in Orfeo. After having been through the experience of performing Monteverdi’s entire madrigal production, what could be more logical than to approach this opera, Monteverdi's first but more importantly the first great example of the genre in the history of music?

Monteverdi left us very little written information about it. It is known, however, that the Orfeo was performed in a small salon in the palace of Mantua, and that Monteverdi was accustomed to working with a virtuoso ensemble of madrigal singers and chamber instrumentalists, with whom it can be assumed that he first performed this Orfeo of 1607. It is this same principle that I decided to follow: a reduced instrumental group kept to the essentials, and one singer per voice for the ensembles.

The staging of the original production is shrouded in mystery. The surest source of inspiration is Striggio's libretto, in which nature plays an essential role. So, I imagined a place associated with the imagination of Apollo, solar god and father of Orpheus, inspired by the stone circles found in Celtic countries and which supposedly refer to a cult of the sun.

I also chose to use a single set only for the entire production, to highlight the tension between the two kingdoms - earth and shadowy obscurity - while showing how one is only a mirror of the other. I also tried to ensure that nothing in our staging would hinder a proper understanding of the text. For Monteverdi's originality lies precisely in his wish that the text should drive the music, so that the song amplifies the emotions conveyed by the words. This is the principle at the heart of this era that we now call "baroque". »

Watch an extract from the production :