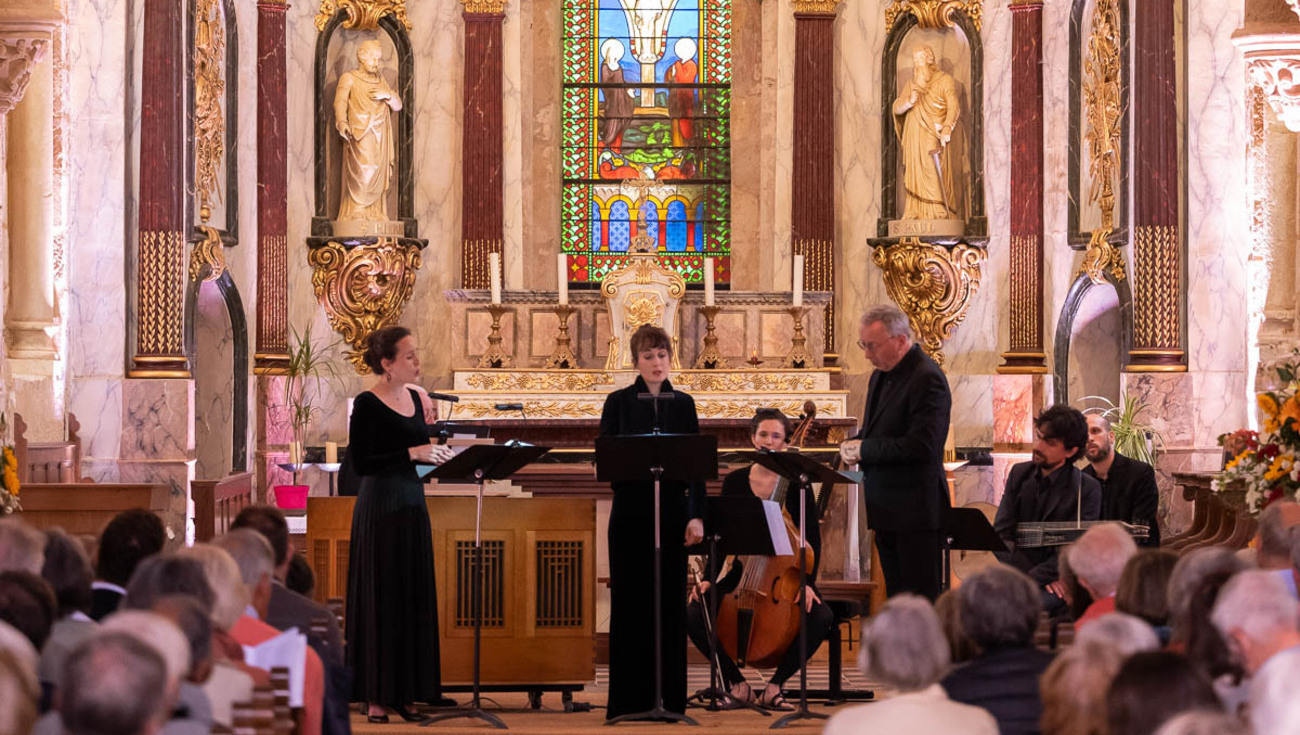 During his second visit to Venice, around 1628, Schütz met the great composer of his time: Claudio Monteverdi. No doubt he heard the beginnings of what would become Monteverdi's major work, the monumental Selva morale e spirituale. In fact, if one listens carefully to the sacred music composed by Schütz shortly after his trip, one cannot but be struck by the echoes with his famous colleague...

Upon his return to Dresden, the Thirty Years' War was raging and Schutz was forced to continue writing for a smaller and smaller ensemble. He produced two volumes of Kleine geistliche Konzerte full of exquisite miniature sacred works based very closely on the style of Monteverdi and his contemporaries with whom he had studied in Venice.
Our programme this evening celebrates this triumph in adversity, by arranging Schutz works along with his his Italian contemporaries and it is fascinating to compare the works of such masters, composing in such different circumstances. Whether, in German, Latin or Italian, these works exhibit the finesse and emotional expressivity of great composers at the height of their creative powers, and the Italian influence that Schutz has so mastered will go on to influence generations of German composers up until and including the great Johann Sebastien Bach.
Paul Agnew