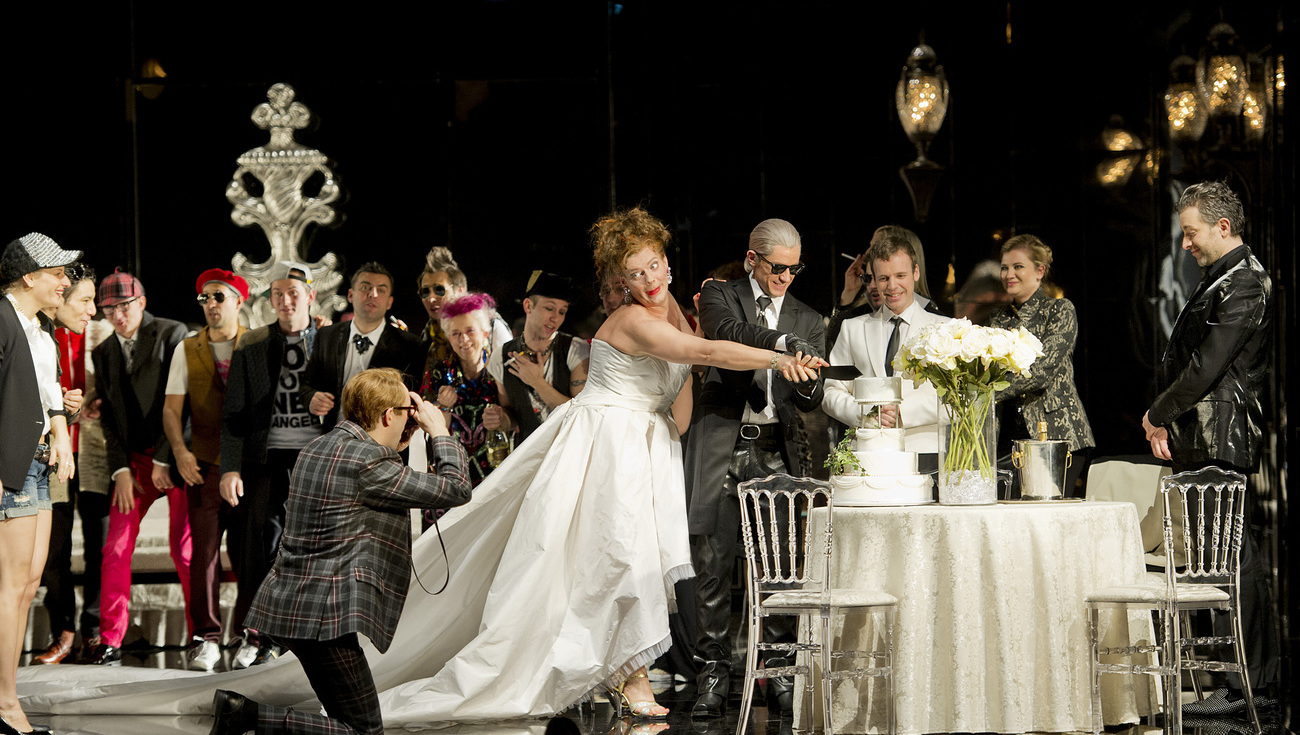 An opera whose main protagonist is a "Queen of the Quagmire"? Rameau and his librettist gave birth to this project, as crazy as it is hilarious, by creating Platée. At the height of his glory and on the occasion of the wedding of the Dauphin (the son of King Louis XV), Rameau rediscovered the burlesque spirit in his only comedy, Platée, a biting satire of the operatic genre in which gods and monsters compete in wickedness in a score as sumptuous as it is stunning. Platée, the nymphomaniac, is the victim of a cruel conspiracy fomented by Jupiter who wants to punish the jealousy of his wife Juno, with the help of Olympus and the violence of the elements. This strange creature, sung by a man and surrounded by frogs, shatters conventions: declamation, dancing and singing are turned upside down.

Platée, staged by Robert Carsen, was one of the great successes of the Opéra Comique during the 2013-2014 season. For this revival at the Theater an der Wien as well as in a concert version in Barcelona, Marcel Beekman takes on the title role alongside a host of singers faithful to Les Arts Florissants : Cyril Auvity, Marc Mauillon and Emmanuelle de Negri, to name but a few!

> Lear more about the history of Platée

According to the new COVID-19 Emergency Measures Ordinance in Austria, all performances at theatres and opera houses are prohibited until January 6, 2021.
Unfortunately the planned Platée performances, which were scheduled in December 2020, can therefore not take place.
But the leading team and ensemble is still working and continue the rehearsals on „Platée“ at the Theater an der Wien, to perform/produce a video recording.