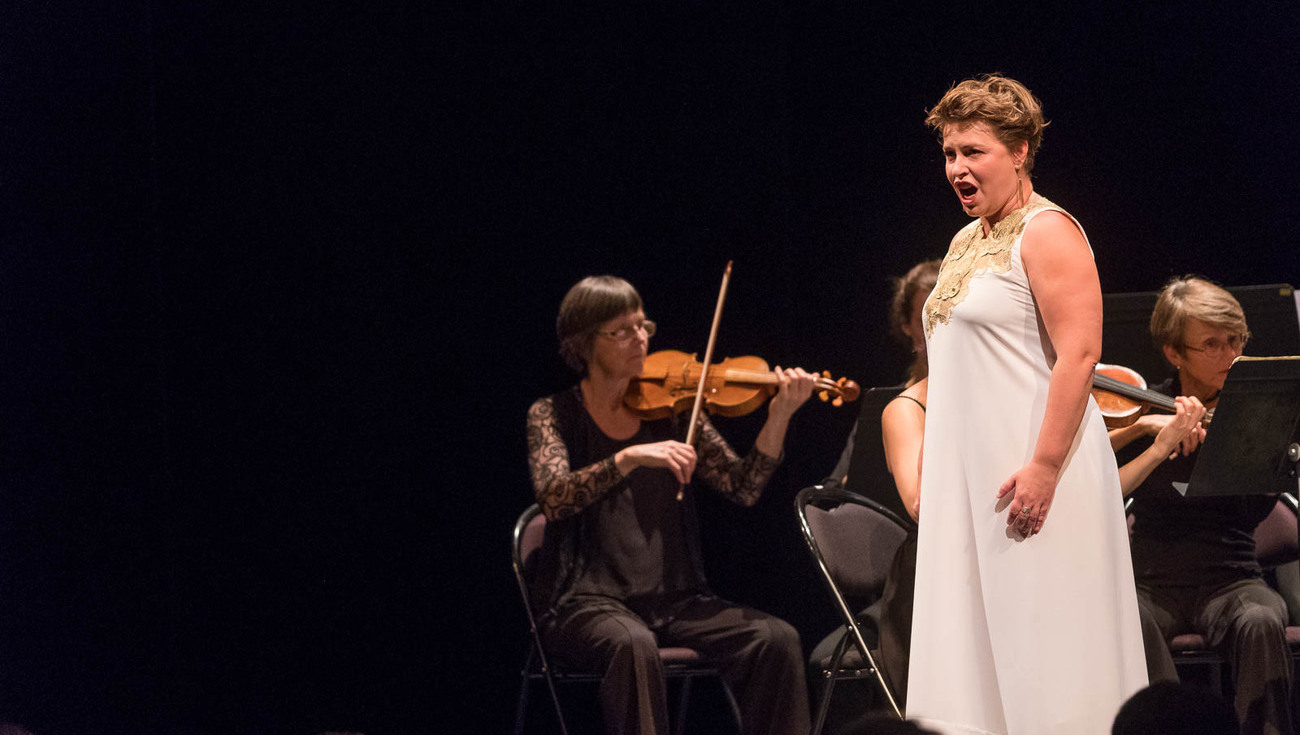 Les Arts Florissants brings back to life one of the most brilliant salons of the Grand Siècle – a Salon of artists and intellectuals brought together by one of the strongest women of her time, the Duchesse du Maine in her Château in Sceaux.

As early as the 17th century, in the sumptuous and princley houses of the aristocrats, the first salons began to flourish around Louis XIV’s court.  Amongst them, the salon of the Duchesse du Maine was exceptional from many points of view.  Everything about it reflected the rebellious and charismatic personality of this Princess, wife of one of the illigitimate sons of the Sun King and an essential personality in French sociocultural life between the Grand Siècle and the Enlightenement.

Numerous historians have studied the firey temperament of this philanthropic and artisticly talented woman who, not far from Paris and Versailles, surrounded herself at her Château in Sceaux with the grandest minds of her time, be they artists or scientists : Voltaire, D’Alembert, Montesquieu or Marivaux were all regular visitors and well-known composers of the time such as Clérambault, Bernier and Mouret all wrote numerous works dedicated to her or inspired by her.

It was at the Château that the famous « Nuits de Sceaux » were organised.  They rivaled the festivities of Versailles, and provided the platform for the performance of many refined works written in honour of the princess. One of the most delightful of these is  L’Amour piqué par une abeille by Clérambault.  The title is a direct allusion to the « Ordre de la mouche à miel » (« Order of the honey flies »), a parody on the Orders of Knights that the Duchess created to keep the members of her court faithful to her.  It was no coincidence that she chose a honey-bee as her emblem and a verse of Tasso as her motto « Piccola si, ma fa pur gravi le ferite »  (Small yes, but the wounds are serious) !  It is the atmosphere of this very singular woman’s Salons where luxurious socialising mingled with a profound love of knowledge, and supreme refinement rubbed shoulders with the cheekiest fantasies that we hope to share with the public.

«Christie and his superlative ensemble, Les Arts Florissants, perform these works with a polish and pulse that make them sound bracingly alive.