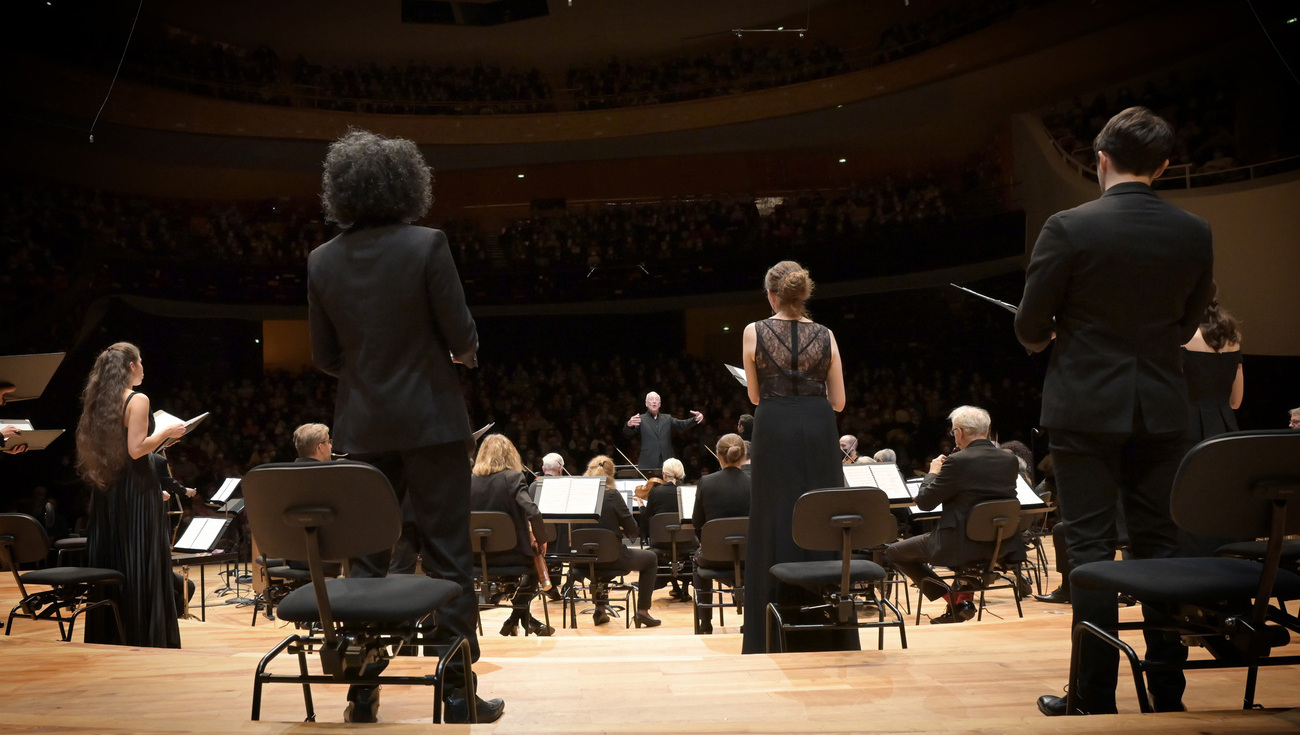 "Almost everyone who loves 18th century music knows Handel and Bach. But there are lesser known composers; one of the most extraordinary examples is Telemann. He was a friend of both Bach and Handel, and his contribution to the history of music was immense. Yes, he is known ; but he is not known well enough. True to our philosophy of music making, we decided to really champion Telemann and present him as a major composer of the 18th century. And I’m delighted to do this concert which involves an extraordinary, largo oratorio, along with other works of Frideric Handel."
William Christie

George Frideric Handel, Georg Telemann: two German composers, who were contemporaries... but with very different destinies. To bring Telemann's little-known genius back to light, William Christie and Les Arts Florissants perform his great oratorio Die Auferstehung und Himmelfahrt Jesu TWV 6:6 for the very first time, combining it with some of Handel's most famous pieces - including the coronation hymn Zadok the Priest.