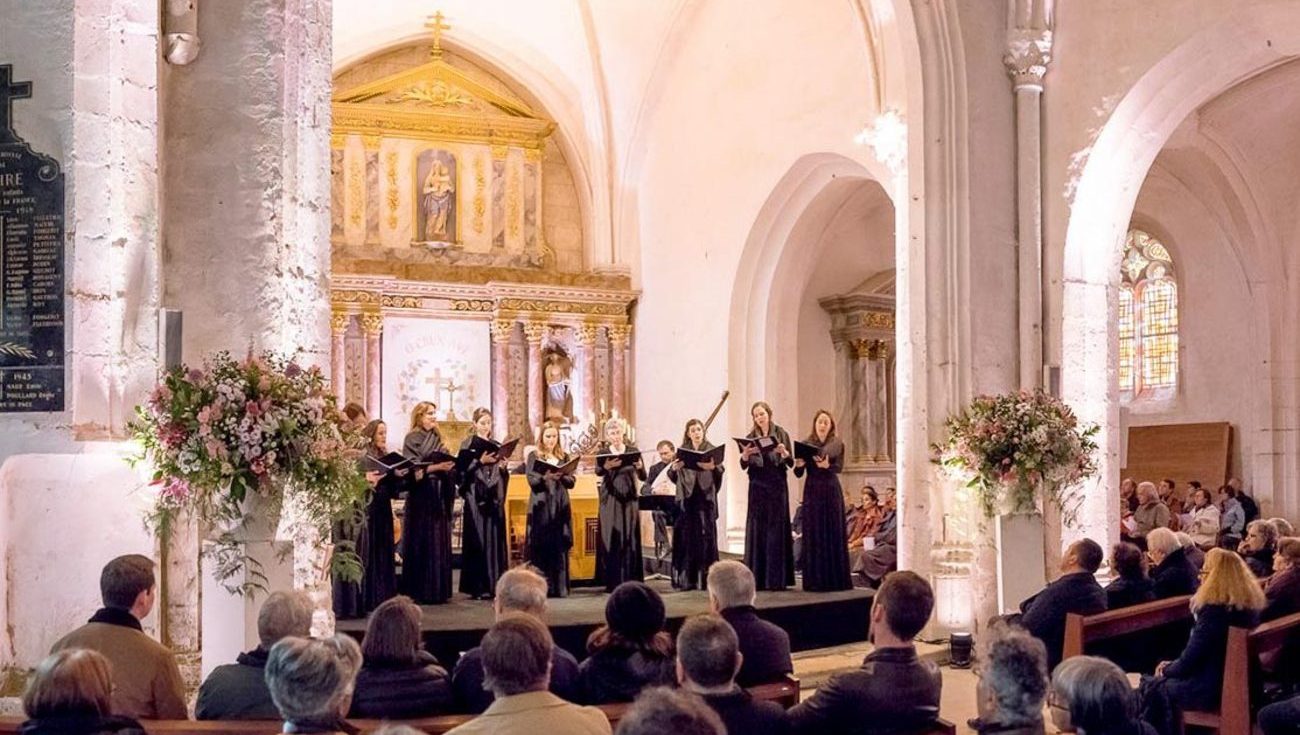 The next edition of the Festival de Printemps will take place on May 6, 7 and 8, 2022. To receive the full program in your mailbox as soon as it is revealed, you can subscribe to our newsletter !

Following the festival Dans les Jardins de William Christie, which has drawn enthusiastic audiences since 2012, the Conseil Départemental de Vendée and Les Arts Florissants have launched in 2017 a new event: The Festival de Printemps (Spring Festival). Under the artistic direction of Paul Agnew, this new highlight will mark the artistic season of the ensemble and the Vendée.

A Festival of Sacred Music

Paul Agnew, Associate Music Director of Les Arts Florissants, has a deep attachment to sacred music. A singer himself, he wanted to give the Festival de Printemps an identity that reflected his personal taste while remaining faithful to Les Arts Florissants repertoire. The result is a programme that marries Baroque, vocal and sacred music. Each edition of the festival will have its own musical colour brought by the rediscovery of a different composer each year.

Renowned for their well-preserved state, the medieval churches of southern Vendée are the foundation of the Festival de Printemps. Brimming with history, these religious buildings provide an ideal setting for the music (sacred music in particular), thanks not only to their architectural refinement but also to their beautiful acoustics, particularly well-suited for vocals. The churches will serve as venues for the entire Festival concert programme.

A Deep Connection to Vendée

Nearly 40 years ago, Les Arts Florissants came to life in Vendée. In a return to its roots, the creation of the festival Dans les Jardins de William Christie allowed Les Arts Florissants to come home and become the first ensemble in France to produce its own festival. This unique adventure was made possible with the outstanding trust and collaboration of the Conseil Départemental, leading Les Arts Florissants – no stranger to globe-trotting – to settle down permanently in Vendée, in the small municipality of Thiré. The Festival de Printemps marks a further anchoring to the region by the extension of its programme to a wider area, across several towns, and by the involvement of the region’s remarkable architectural heritage.

Beauty of the Springtime Gardens

This new festival is also an opportunity for festival-goers to (re)discover the gardens of William Christie in a new light. Featured during the summer festival, they are normally closed to the public in spring – a season in which they reserve many lovely gifts to the senses.