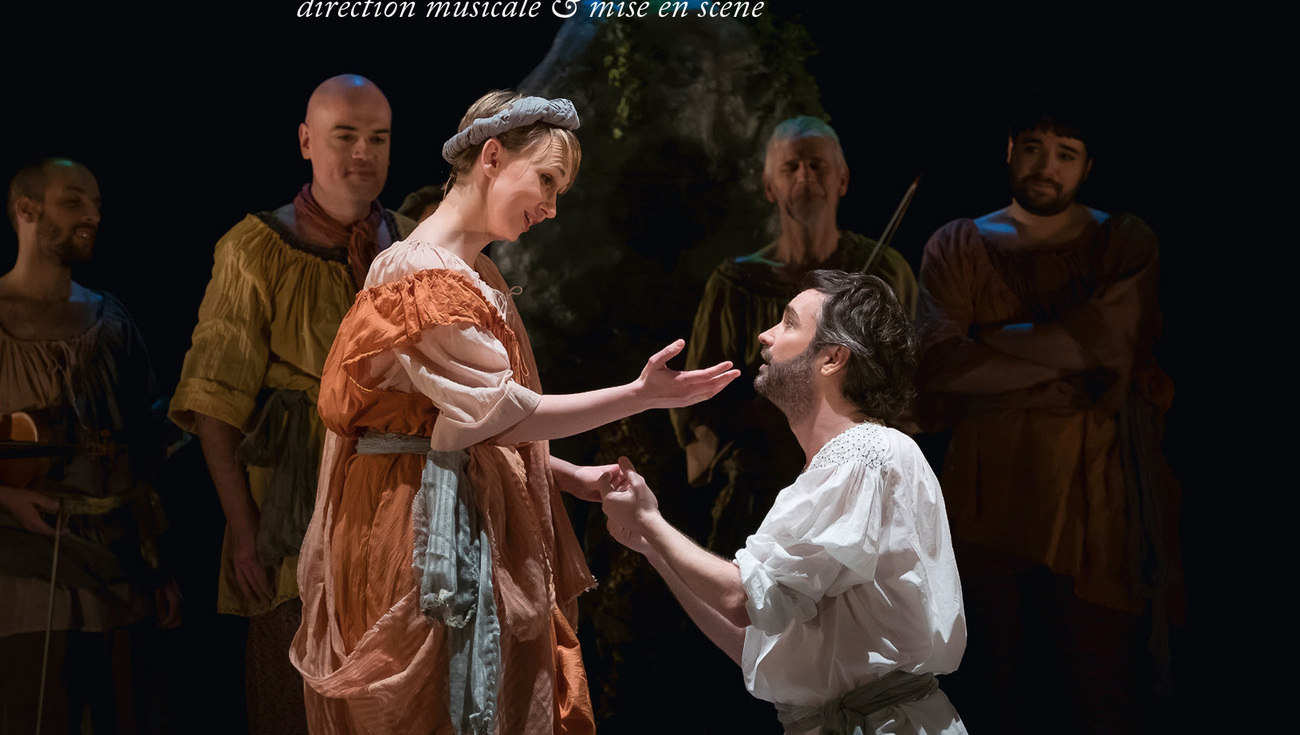 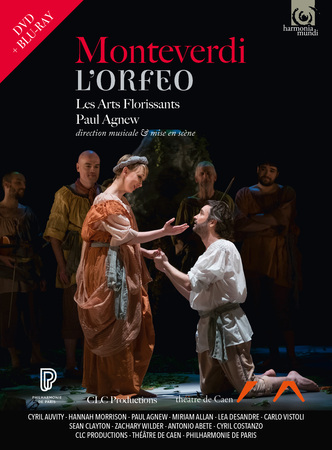 Following on logically from his complete cycle of Monteverdi madrigals, Paul Agnew – here both conductor and stage director – presents his intimate and ‘sacred’ version of the composer’s first opera (and the first great opera in musical history).

In a fine collective spirit, the singers and instrumentalists of Les Arts Florissants participate in the drama on equal terms, mingling in a single set that gives increased prominence to the (masterly) lighting and to the protagonists (overwhelmingly moving in their restrained movements and expressions): we are transported to the very heart of Monteverdi’s masterpiece, as if we had fallen into a painting by Nicolas Poussin, caught up in the mystical adventure of two lovers more mythical than ever.