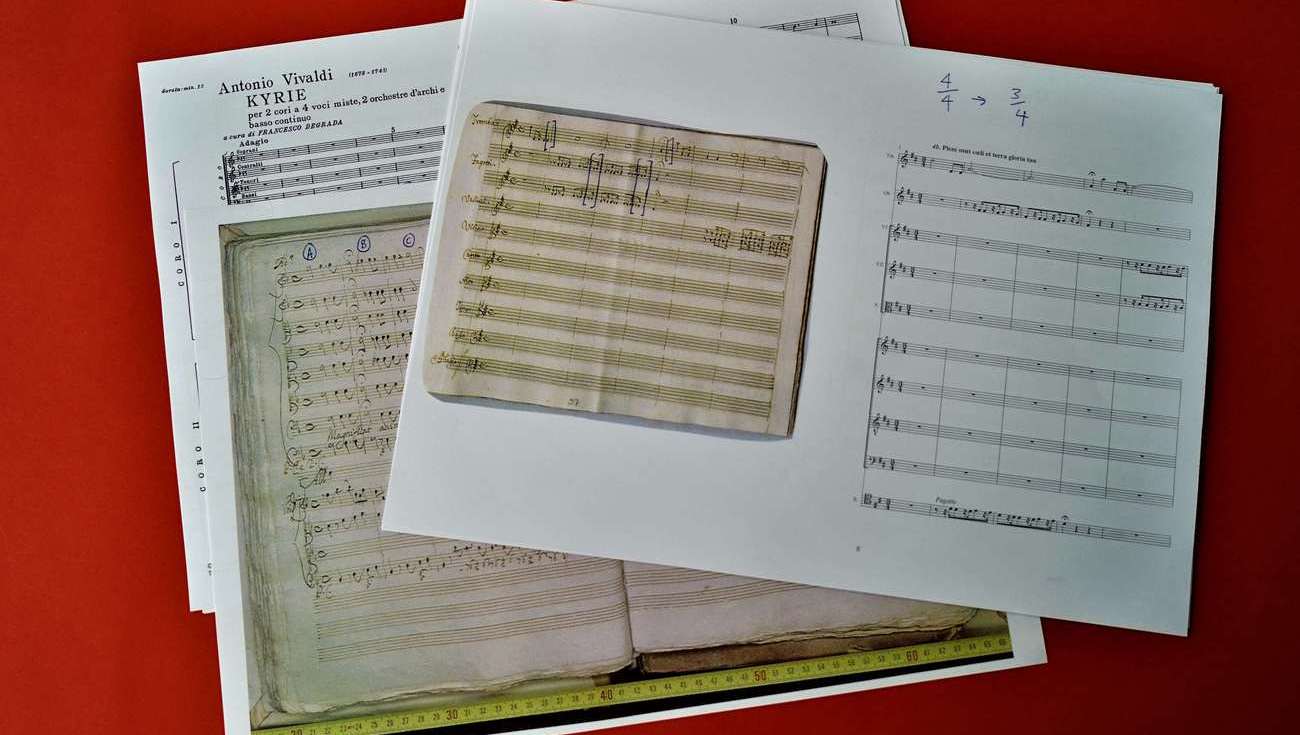 Vivaldi left us a Kyrie, two Glorias and a Credo, so it was up to us to reconstruct the Sanctus, the Benedictus and the Agnus Dei. To do so, we looked at some of the many psalms Vivaldi composed, first to find a piece of music whose affect was close to that of the text. We then adapted the prosody so that the accents in the music of the lyrical parts would suit the accents in the words and the length of the syllables. We also tried to employ the formulas in use at that period, in terms of melisma, the repetition of lyrics, and the intelligibility of the text for the listener. With this approach, we were simply imitating eighteenth-century composers who sometimes reused existing music, their own or that of others, to adapt to a new text and to new circumstances.