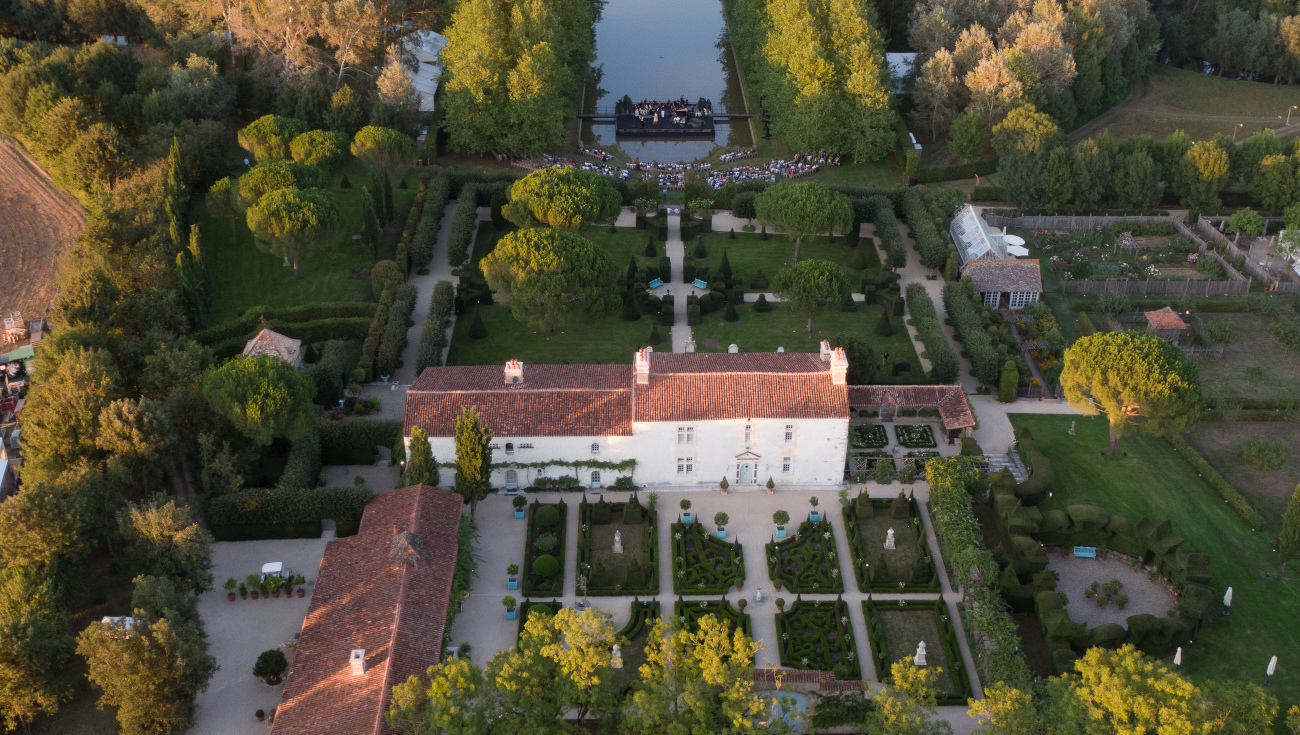 In 1985, William Christie fell in love with the “Bâtiment” in Thiré, an old stone house from the turn of the 17th century, which he decided to rescue from its sad state of ruin. The scrupulous restoration was accompanied by the creation of an ambitious garden, which was labelled a “Jardin remarquable” in 2004 and was listed on the French Supplementary List of Historic Monuments in 2006.

Over the past 30 years, William Christie has created an eclectic series of remarkable outdoor rooms and spaces, each conceived in relation to the main building, which have been hailed by specialists and garden enthusiasts alike for their inventive interpretation of the past. In permanent re-creation, this place conveys an eclectic range of references, from 17th-century France to Mannerist Italy to Arts and Crafts England.

VARIOUS GARDENS INTO ONE

At the Jardin du Bâtiment, visitors will discover the Cour d’Honneur, the terrasses, the boschetto with its collection of cypresses and umbrella pines, the cloister with its box-hedge quadrants, the American garden and also the red garden. Further away from the house are the kitchen garden, the greenhouse, the orchard and the reflectingpool which, at its far end, includes a rococo water garden in homage to the grottos and nymphaeas of baroque Italy. William Christie’s gardens are cadenced by box, yew and hornbeam, trimmed into hedges, terraces and topiary, or, in the verdant theater, into fantastic chinoiseries inspired by the 18th century.

See photos of the garden in the winter

See photos of the garden in the spring

See photos of the garden at the beginning of the spring

See the video of the garden from the sky