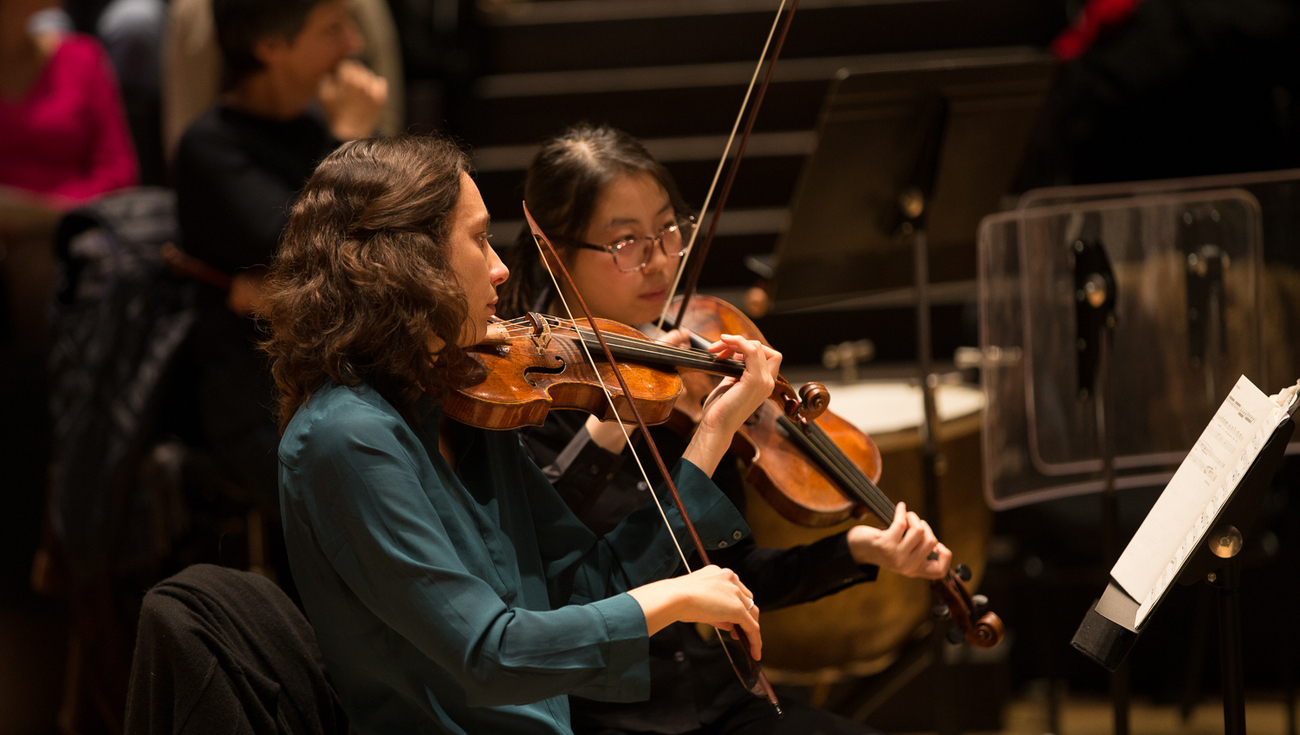 In order to reinforce the idea of an Arts Florissants “school,” in 2008 William Christie and the Ensemble launched Arts Flo Juniors, a program for students — both singers and instrumentalists — reaching the end of their conservatory studies. Each year it offers young artists a unique first taste of professional life.

The Arts Flo Juniors join the Ensemble as interns and are looked after by tutors chosen from among the regular members. Each intern enjoys personal lessons with his or her tutor.

For the interns, the tutors are someone they can turn to in the choir or the orchestra, and are there to explain and develop the instructions given by the conductor with respect to interpretation and technique. The tutors also look after interns’ wellbeing. Interns take part in an initial workshop with their tutors as well as with the section leaders or members of the choir to prepare the piece in question.

Moreover, all interns enjoy individual time with their tutors during or at the end of rehearsals. Workshops on themes linked to the repertoires being tackled are also organized and, depending on interns’ interests, an introduction to the administrative aspects of the music business is also offered.

Up to eight interns per production (four in the orchestra and four in the choir) join the Ensemble’s usual teams in the different repertories concerned. They receive a specific fee for any concerts or performances in which they take part.

A training program in liaison with the conservatories

No auditions are currently planned. To receive information about forthcoming auditions and Les Arts Florissants' activities, please subscribe to our newsletter.