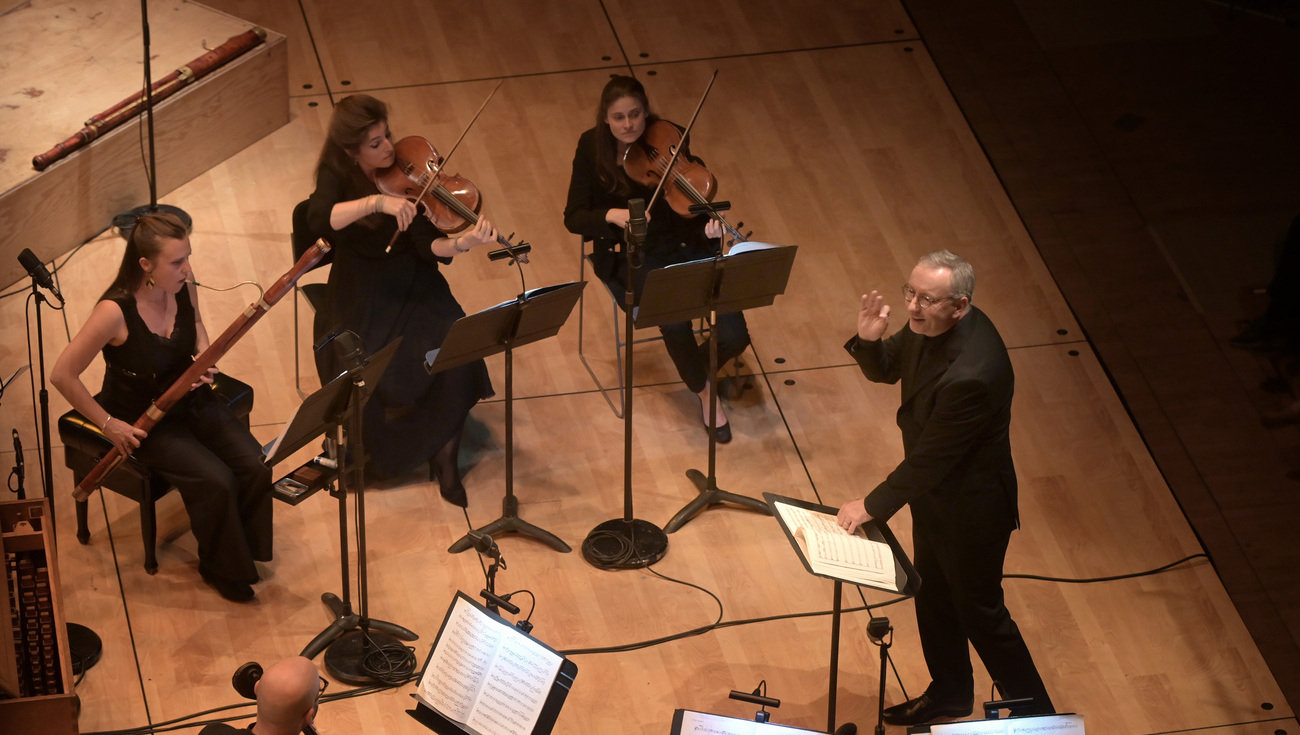 To enter the Advent season, Paul Agnew brings together in one concert some of the most beautiful pages composed by Marc-Antoine Charpentier, alongside pieces by two of his predecessors: Guillaume Bouzignac and Eustache Du Caurroy. A voyage of discovery conducive to wonder!

This concert is part of the Arts Florissants Christmas program at Fontevraud Abbey:

For the festive season, Les Arts Florissants and Fontevraud are joining forces for an exceptional event: an original musical Christmas in the Abbey!

The two Centres Culturels de Rencontre of the Pays de la Loire region are collaborating once again, to the delight of music lovers and heritage enthusiasts. Spread over the entire nativity season, from Advent to Epiphany, four concerts invite you to plunge into the musical atmosphere of 17th century French Christmas. This is an opportunity to hear some of the most beautiful scores by Marc-Antoine Charpentier and his contemporaries, performed by the greatest specialists in this repertoire under the expert baton of William Christie and Paul Agnew.