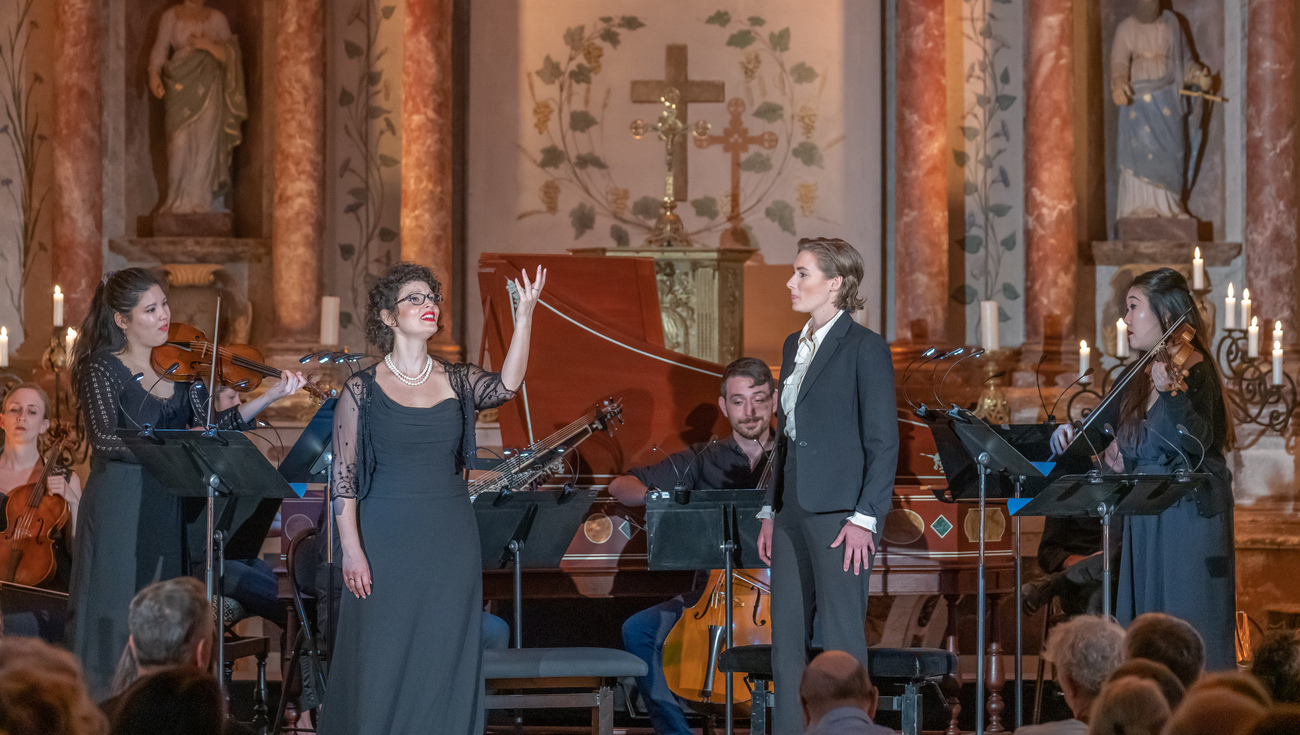 When Les Arts Florissants first presented this Handelian gem to the public at its Festival in Vendée in 2019, its charm and appeal were immediately obvious. Though Aminta e Fillide is seldom performed, one is instantly struck by a sense of familiarity with it. In reality, this is not surprising, for Handel used material from this early pastoral cantata—written during his first stay in Rome in 1708—in some of the masterpieces he composed many years later: indeed, some of the most famous airs in Agrippina, Rinaldo and the Ode for Saint Cecilia's Day were taken straight from the score!

There is also the astounding variety of the 40 some arias throughout this cantata, initially composed for the Marquis Ruspoli and the Academy of the Arcadians, a group of intellectuals under the patronage of Christina, Queen of Sweden, who liked to meet in the Marquis’ idyllic gardens on sultry Roman summer days. For nearly an hour, the cantata delicately relates the amorous advances of the shepherd Aminta, who is repeatedly rebuffed by the nymph Phyllis, until, in the end, his constancy and faithfulness win him the heart of his beloved.