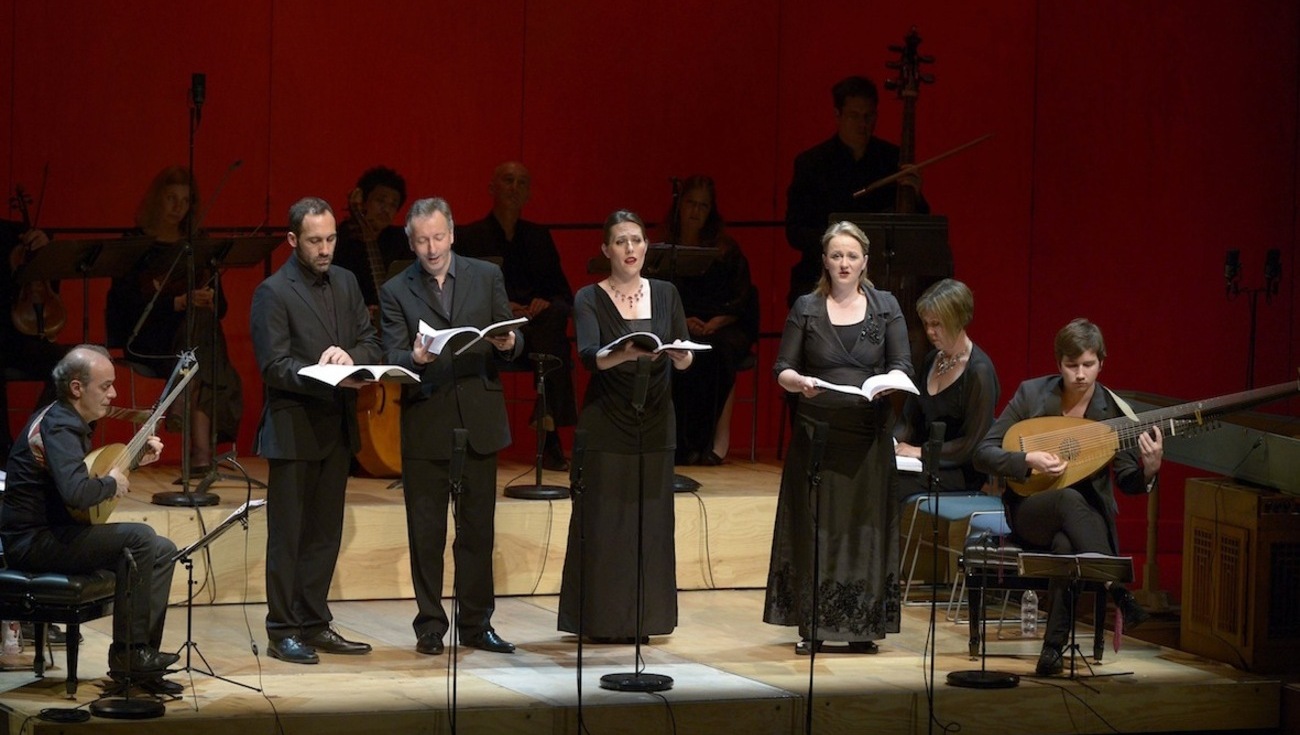 The great Heighth Book of madrigals is a monument in various ways.

In its size it is monumental; twice as long as any of the other books and divided clearly into two; the madrigals of Love and the madrigals of War (although we shouldn't be fooled by such titles since the wars are rather more amorous than military). So the Heighth Book of madrigals is really two books and we will perform it as such. These books mirror each other, each opening with a reflection on its title... Altri Canti d'Amor and Altri Canti di Marte, and each ending with a Ballo, a musical theatre piece which we will produce semi-staged. In the case of Guerrieri, the book of War we have the Combattimento di Tancredi e Clorinda of Tasso (famous for its virtuoso vocal imitation of the clashing blades of the warriors) and for Amoroses we have the Ballo dele Ingrate to the text of Rinuccini.

Finally, the Eighth Books are a monument to the madrigal itself. At the time of their publication in 1638, the madrigal is already considered by many as antique, having been supplanted by the aria and by the emergence of opera, but Monteverdi remains true to the madrigal in all its guises, loyal to the musical form that has served as his laboratory since his earliest compositions. It’s in the madrigal that he has experimented with his most audacious musical expression, and the Eighth Books represent the madrigals' greatest and last flowering.