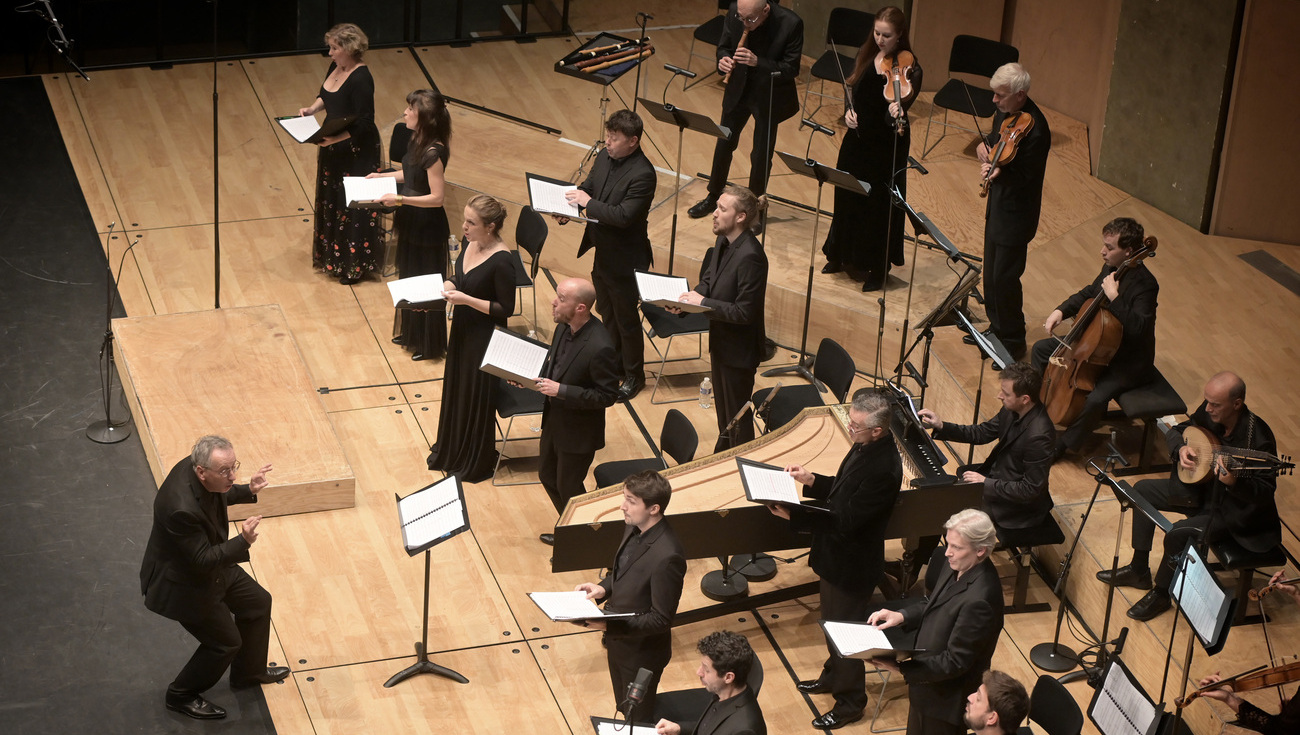 "The ensemble Les Arts Florissants, under the direction of Paul Agnew, has shown here (...) all its assets: an elegant sound, soft and full of panache, endowed with a remarkable smoothness and some delicious asperities for the orchestra, homogeneity and power for the choir (...) A heavenly pleasure." Der Standard (Austria)

From metaphysical darkness to the reign of the dead, via evil spells, the Underworld runs through Baroque imagination. On this theme, so evocative, Paul Agnew weaves together some of the most beautiful pages of the repertoire, to embroider a musical itinerary with colors as dark as they are shimmering...

After "Chaos" from which Jean-Féry Rebel brings out his Elements, "Inferni" takes us on a journey through the darkness of the soul, invoking a gallery of intensely dramatic lyrical figures. The curses cast by Purcell's witches (Dido and Aeneas, Saul and the Witch of Endor) open the way to the vengeful invocations of Charpentier's Medea, then of the terrible magician Alcina depicted by Handel... before bringing us to the shores of death, alongside André Campra's Orfeo nell'inferni (Le Carnaval de Venice).

A journey into the heart of darkness, specially conceived for the Resonanzen Festival, where intensity and depth compete.