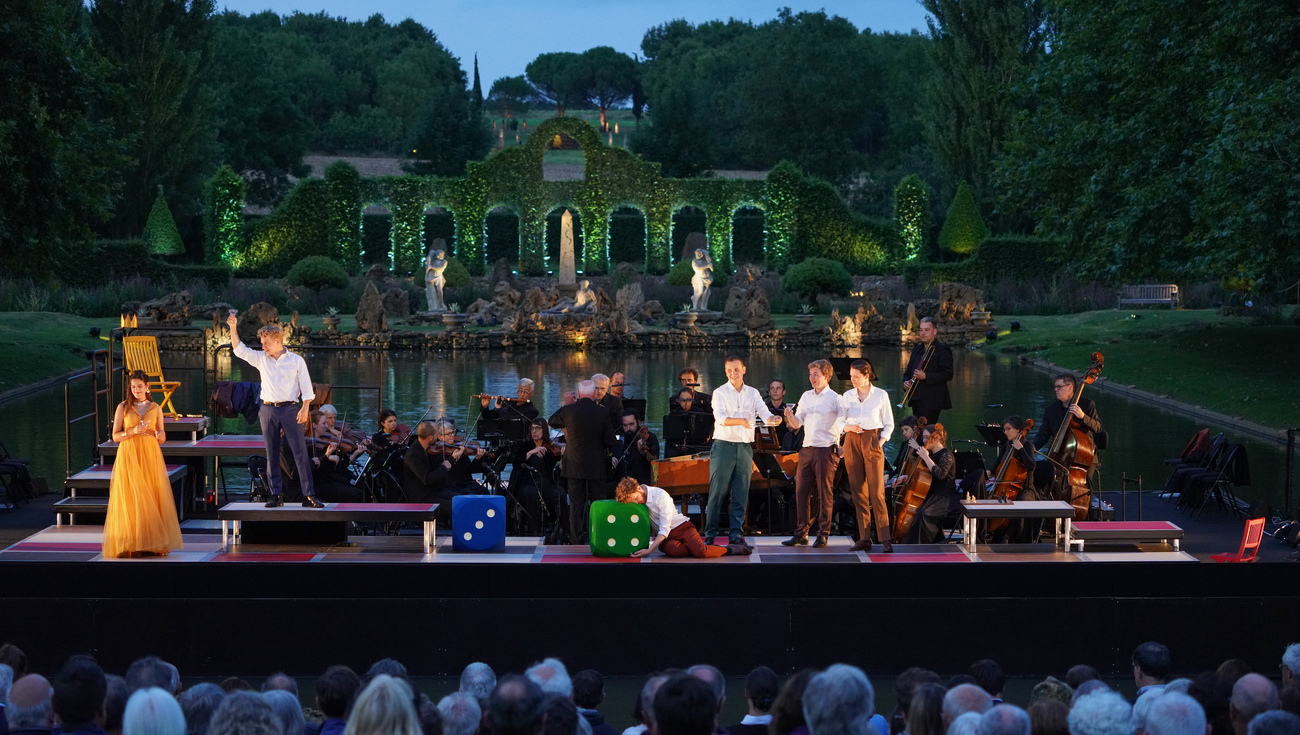 "The vocal sextet, supported by the Arts Florissants and William Christie, impresses with its vocal performance and its ease on stage." Les Echos

One of the highlights of the 2021-2022 season of Les Arts Florissants, which celebrates the 20th anniversary of the Jardin des Voix academy!

At the court of Partenope, Queen of Naples, there is no shortage of suitors trying to win her heart: Arsace, Prince of Corinth, seems to have won her favor, while the Prince of Rhodes, Armindo, is desperate. But it is to count without the importunate arrival of Emilio, king of Cumes, who claims  that he is going to conquer the beautiful queen with weapons. Whereas Partenope seeks council near the captain Ormonte, the climate of tension intensifies by the presence of a certain Eurimene... which is not other than the princess Rosmira: she is in love with Arsace, who has forsaken her, and comes to seek revenge under this disguise. When he challenges her to a duel and asks her to fight bare-chested, the time comes to drop the masks...

This is the very first time that Les Arts Florissants have performed Partenope - Handel's first "comic" opera, in which the composer breaks free from the rules of opera seria. Conducted alternately by William Christie and Paul Agnew and directed by Sophie Daneman, this new production invites us to rediscover this forgotten masterpiece... but also to meet six exceptional voices: the six laureates of the tenth edition of the Jardin des Voix, the famous academy for young singers of Les Arts Florissants!

"Partenope is a rarety because it is light: not a comic, but a light opera seria" Paul Agnew

Concert recorded by France Musique and broadcast on August 24, 2022 at 8PM