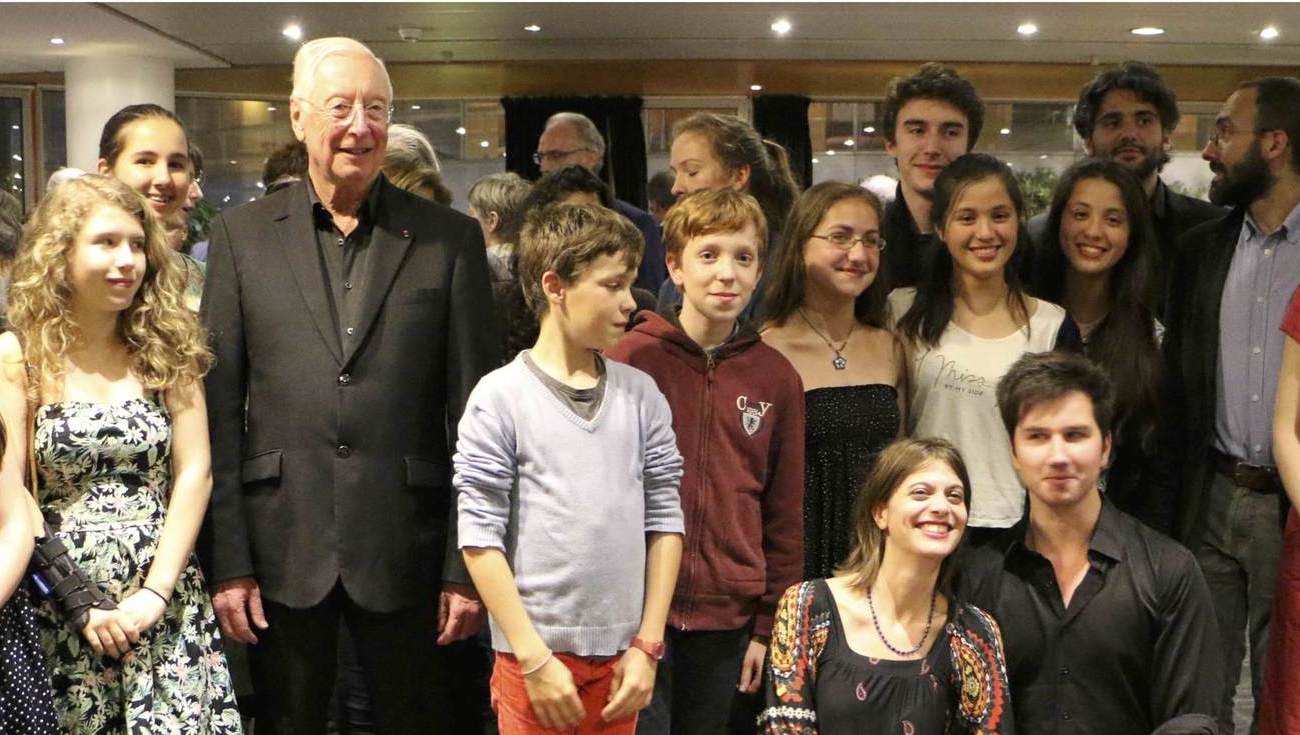 With the support of the Danny Kaye and Sylvie Fine Kaye Foundation, Les Arts Florissants have launched Baroque LIVE.

> Back to activities for general audiences

This is an invitation programme allowing teens aged 12 to 20 who may not otherwise have had the opportunity, to attend a Baroque music concert in great conditions, meet the artists and extend their experience on social media. The programme was launched during the 2014-2015 season when high school students were invited to 3 concerts performed by Les Arts Florissants. 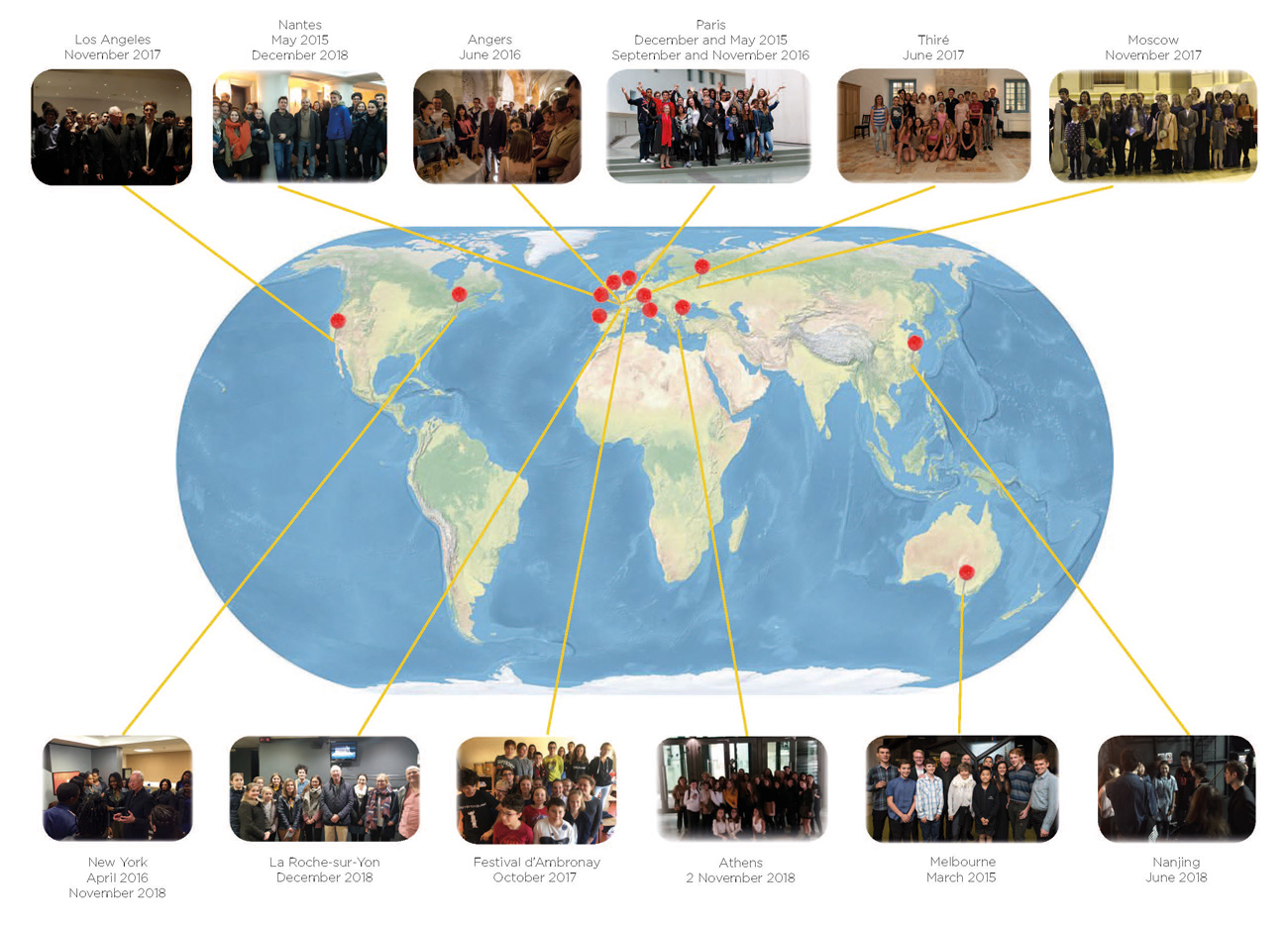 28 students from the Gymnasium Contiweg 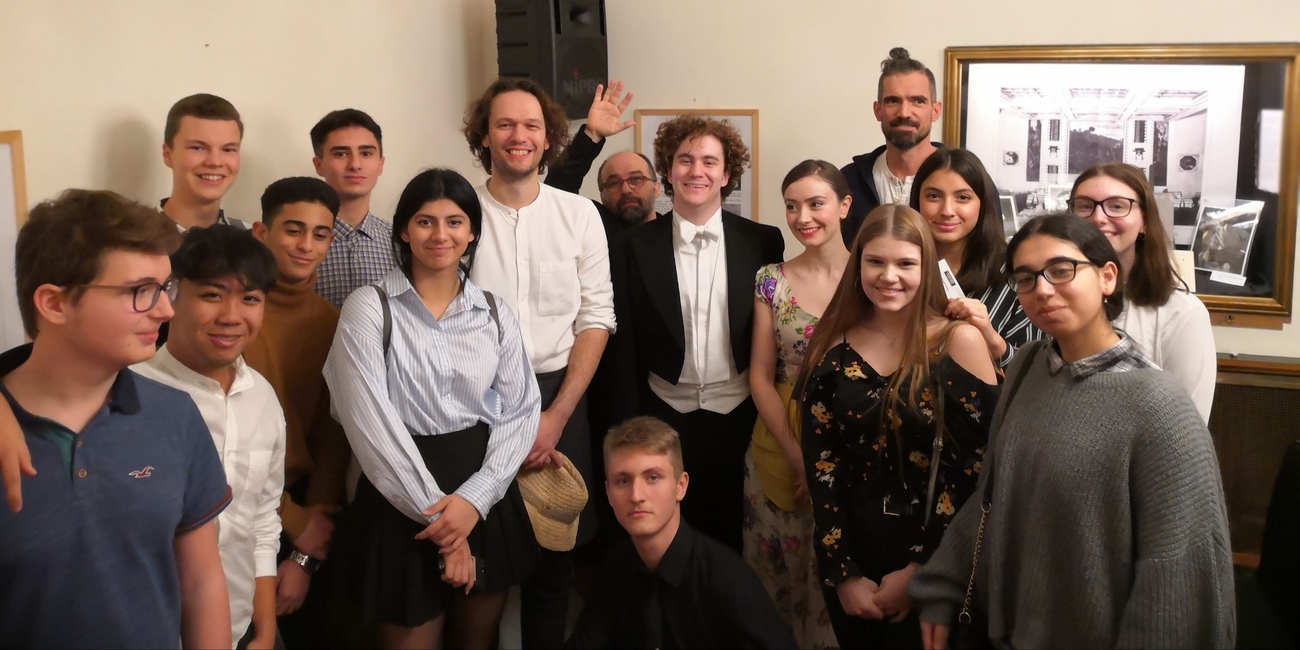 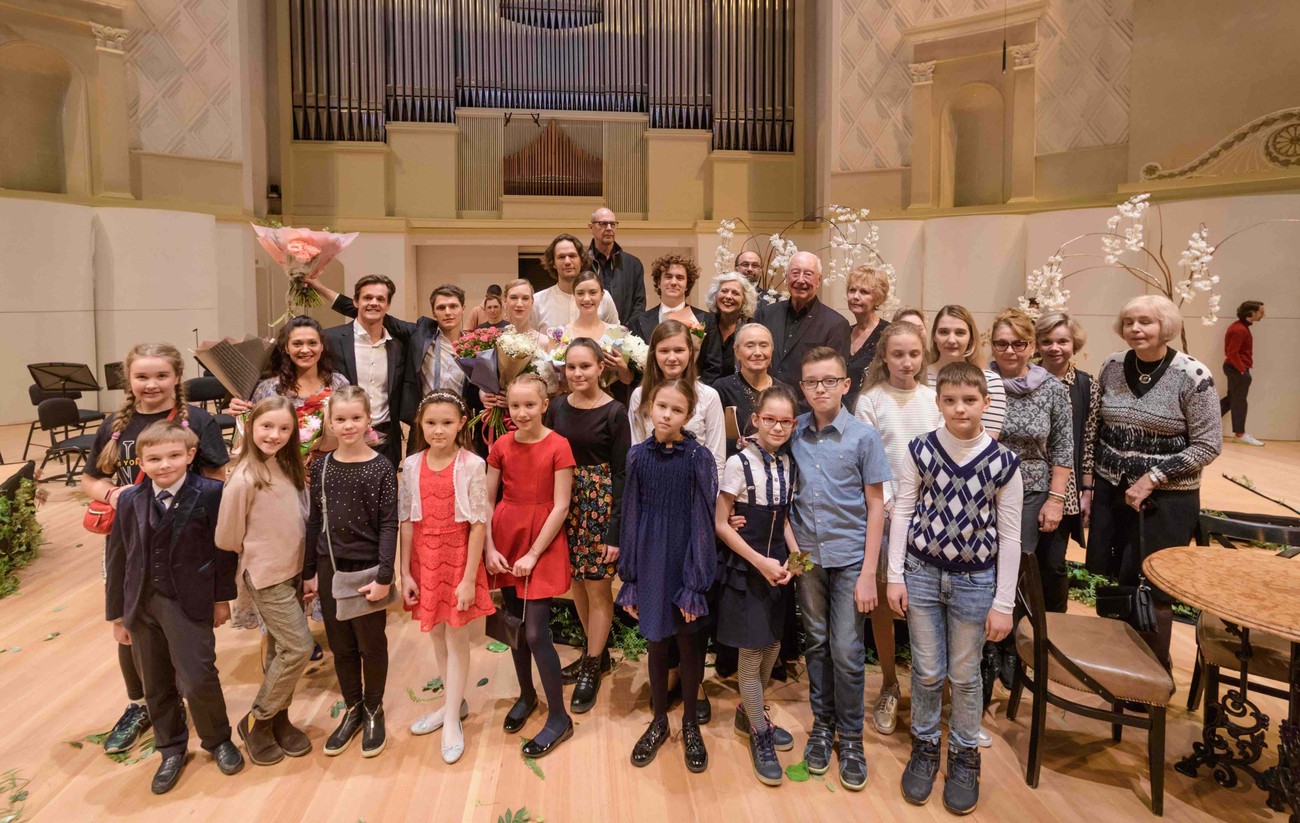 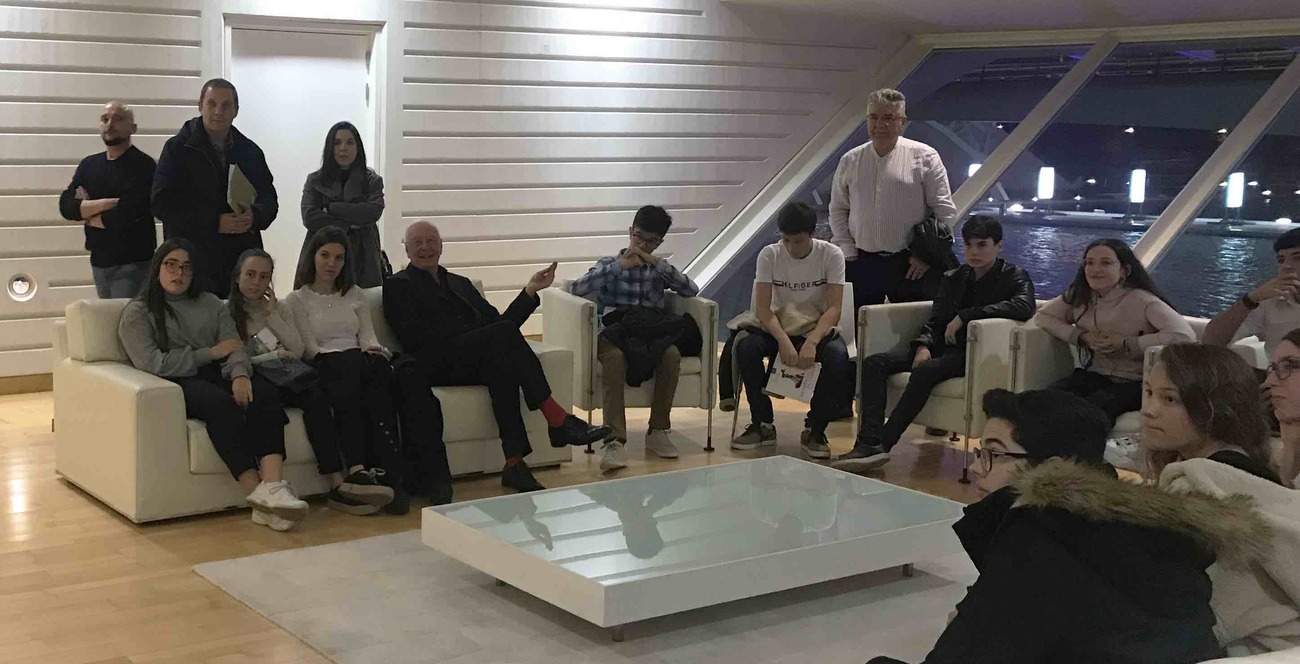 30 students of the Lycée du Loquidy 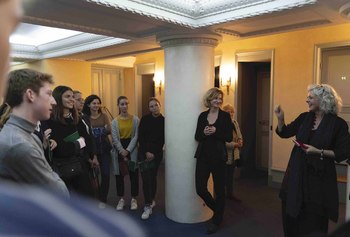 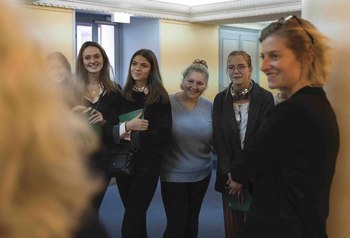 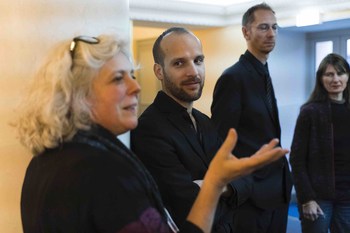 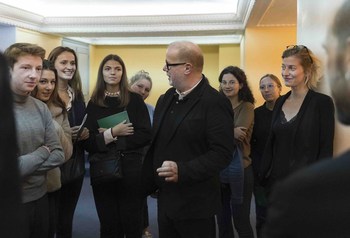 40 students from the San-In School in Séoul 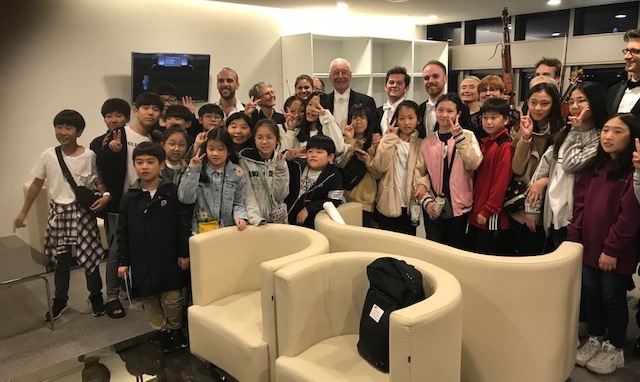 It was our first play : an unforgettable experience ! It was great to listen to Western music. The plot was very funy. Our favorite character was Julie. She is a charming, smart and daring girl. Molière gave this play a happy end and we really liked it !

"It was the first time I attended a show. I really liked it because it is a special one, with music and singing. The setting was beautiful. The musicians played really well. Among all, my favorite character is Julie : she dared going against her dad to fight for her freedom. » Yuzhang Jinguzen

"The show filled us with several emotions. The emotions that prevailed was excitement as well as agony about what is going to follow. In addition, the awe that we felt in the greatness of the whole situation made us shudder.
To sum up all that have been stated, it was such an incredible performance with talented actors, amazing scenery and breathtaking acting. We all enjoyed it while having a blast. Thank you for giving us this opportunity."

Unfortunately, the students were not able to attend the show because of a snow storm. They had discovered the music of Les Arts Florissants before the concert by watching several performances in class from a DVD.

Due to their school schedules, not all the students could attend the concert. Nonetheless, 4 dance students of the "Secteur Danse" Association, and 4 members of the "Association des Jeunes de Thiré" were able to see the performance.

Furthermore, 14 students of the modern jazz dance association "secteur danse" of Saint-Jean-de-Beugné could benefit from baroque dance lessons. Thus, they discovered baroque art and started to integrate baroque influences into their dance lessons and shows. 20 members of the "Association des Jeunes de Thiré" also benefit from a dance workshop in June 2018. They have been invited to all the general rehearsals of the festivals' concerts and of the Gesualdo's Madrigals in November 2018.

"Thank you very much for this incredible show we really liked it. The actors were great especially Miss and mister Peachum. Thanks to the subtitles we understood pretty good the script.
The setting was amazing and the music too. The choreographies and the songs were very elaborated and we were impressed by the synchronization of the music and the actors’ moves. We were surprised by the end.
Thank you again to give us the opportunity to attend this marvellous opera."

October 1st, 2017 - Ambronay Festival, teenagers from Sainte-Marie d’Ambérieu attended Monteverdi Madrigali concert and met Paul Agnew after the concert. To continue their experience, they had a Skype talk with Paul Agnew.

June 2017, teenagers from the Thiré Youth Association (Association des Jeunes de Thiré - AJT) were invited to participate in baroque dance workshops in Vendée as an extension of their participation to the September 24 and 25 Baroque LIVE at the Philharmonie de Paris. 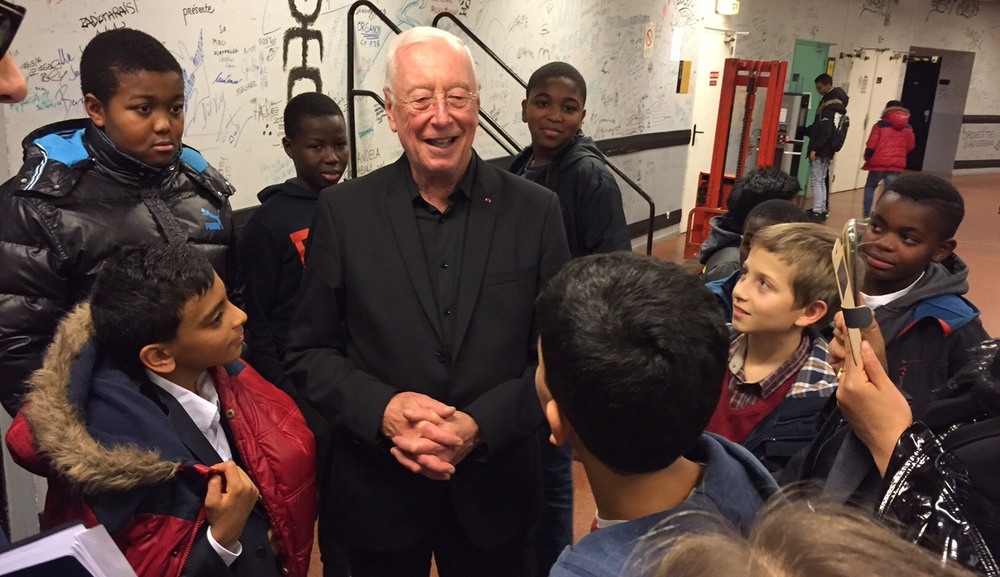 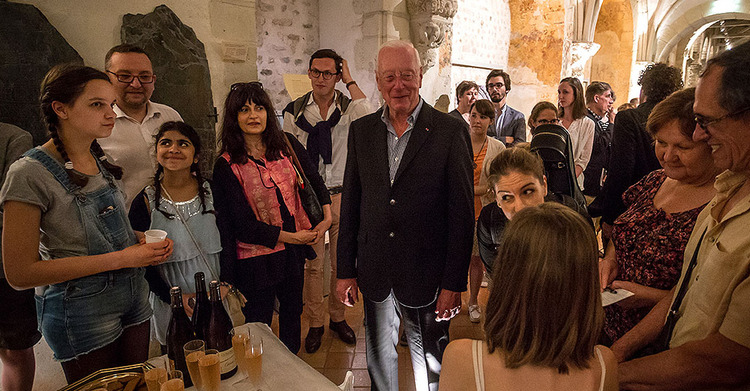 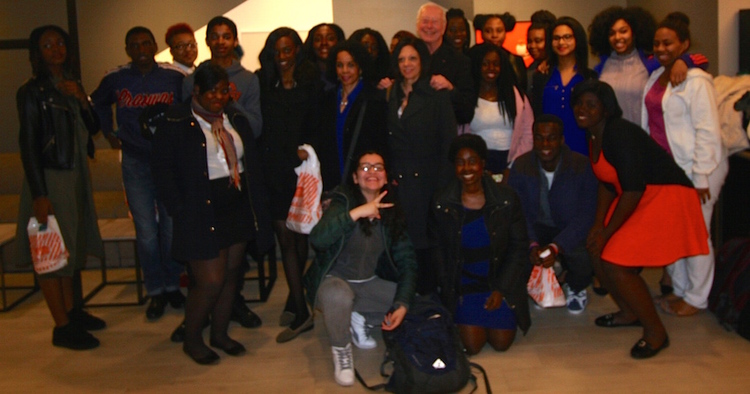 On March 10, 2015 at the Melbourne Recital Centre in Australia, 26 teenagers were invited to attend the concert of the 7th edition of the Jardin des Voix and to meet the artists post-concert. 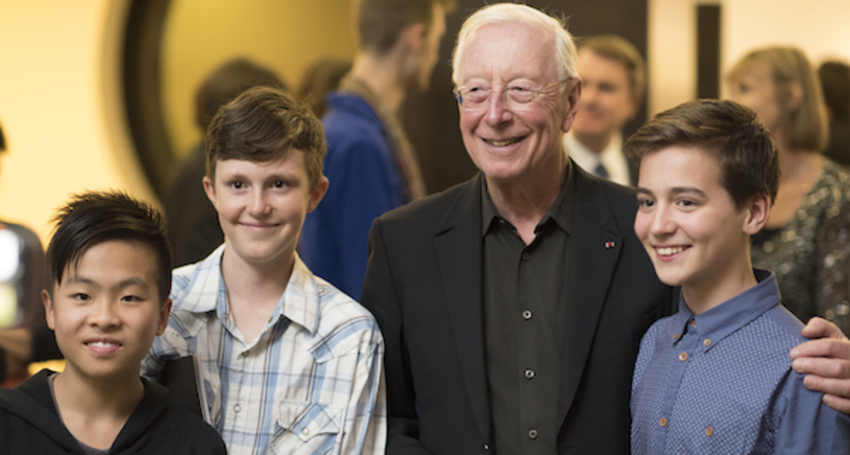 On May 11, 2015 at the Nantes Convention Centre, 21 teenagers attended the concert "Airs sérieux et à boire" conducted by William Christie, followed by a drink with the artists.

On May 18, at the Philharmonie de Paris, students from the Condorcet Lycée in Montreuil-sous-bois were able to attend the performance of the Madrigali Amorosi from Book VIII of the Monteverdi's madrigals, conducted by Paul Agnew. They next attended the Voyage de Monsieur Monteverdi, an educational concert on the birth of opera. 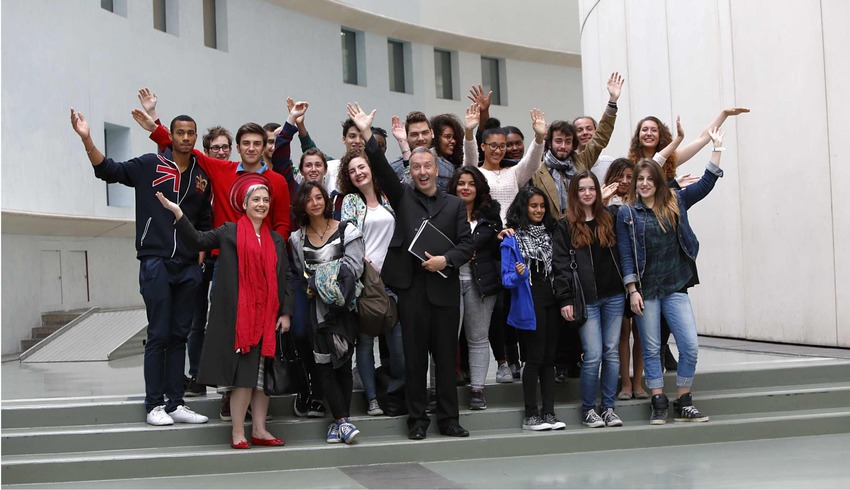