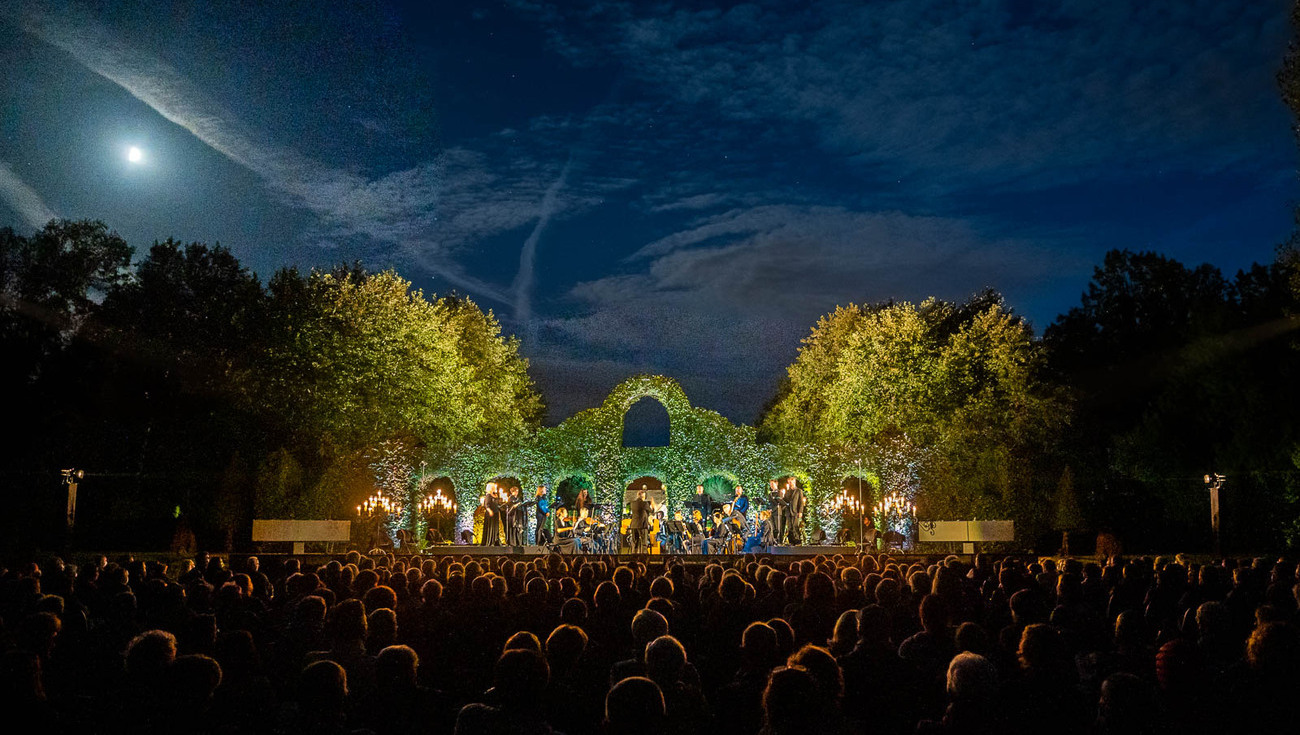 For this xceptional 2020 edition, William Christie, Paul Agnew and the artists of Les Arts Florissants have invited the audience to experience the Festival through a rich program of concerts in the gardens, as well as filmed musical Meditations, broadcasted online every night on Facebook and YouTube. Wherever you are, be welcome to this 9th edition of the Festival!

Inauguration of the Festival in the presence of Roselyne Bachelot, French Minister of Culture

On Saturday, August 22, 2020, Les Arts Florissants, William Christie and Paul Agnew were honored to have welcome Roselyne Bachelot, France’s Minister of Culture, for the launch of the festival, Dans les Jardins de William Christie. We are thankful for her support for performing arts and cultural heritage!

In the currently difficult context for the performing arts and festivals, William Christie warmly welcomes all of our festival attendees, either those of you here in Thiré, or those joining us online:

“Hello, dear friends of the Arts Florissants! I am very happy to welcome you here in my gardens - the Jardins de William Christie - for the 9th edition of our festival. I know that many of you are unfortunately unable to attend our festival this year. But we are doing everything we can to ensure that you can still get a glimpse of the festival and participate with us here for one of the greatest joys of the year.”

An exceptional program of concerts at the Festival

Gesualdo, Sacred and Profane, dir. Paul Agnew – August 27
> An exclusive concert which brings together some of Gesualdo’s finest arias to which Paul Agnew has devoted a multi-year cycle of concerts. To continue next season at the Philharmonie de Paris, Rome, Zamora, Florence, London, Madrid, and other ciries.