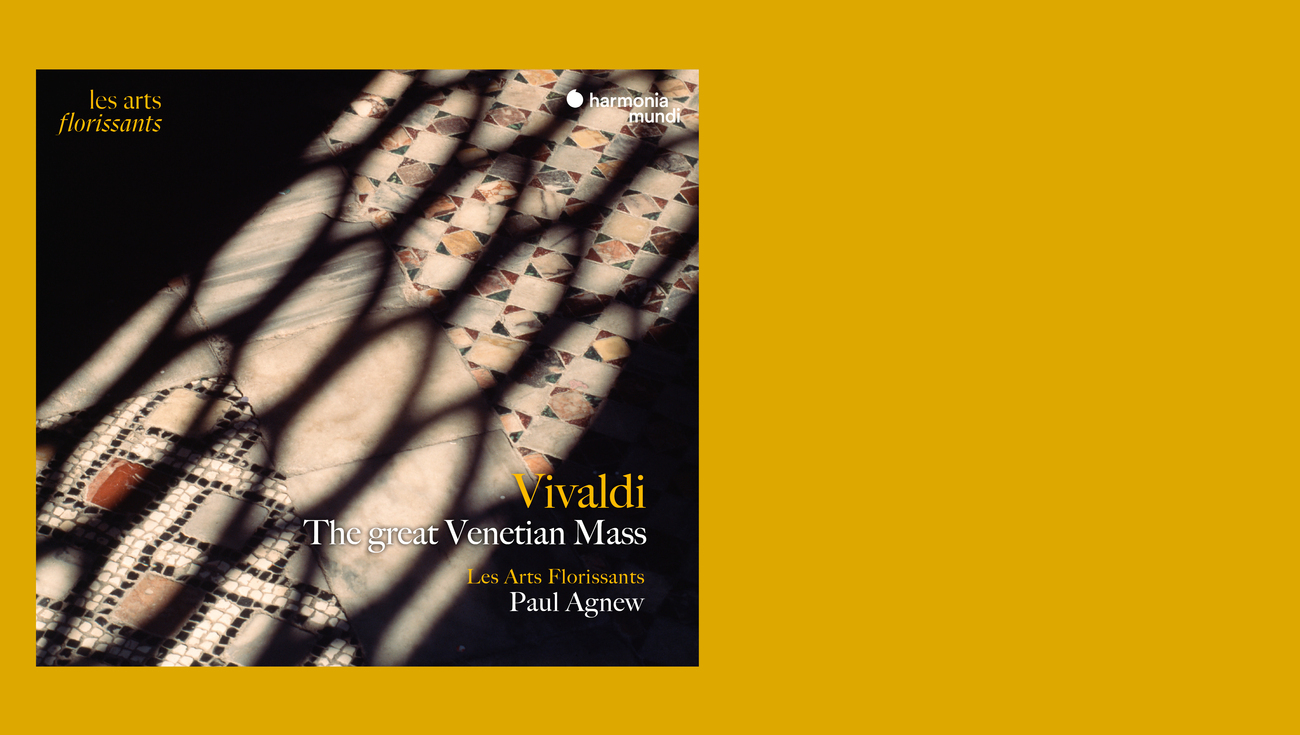 Recorded during the pandemic, this new album invites us to rediscover some of Vivaldi's iconic pieces (such as the famous Gloria) by placing them in the context of their creation: that of a mass, such as it might have been celebrated in Venice at the time of the composer. For although the man nicknamed "the red-headed priest" spent a large part of his life composing sacred works for liturgical celebrations, no complete mass has survived...

Paul Agnew's project is therefore resolutely new, and in this recording he offers a never-before-seen reconstruction of a "great Venetian mass". A musical feast, carried by the choir and the orchestra of Les Arts Florissants alongside the exceptional soloists Sophie Karthäuser and Lucile Richardot!