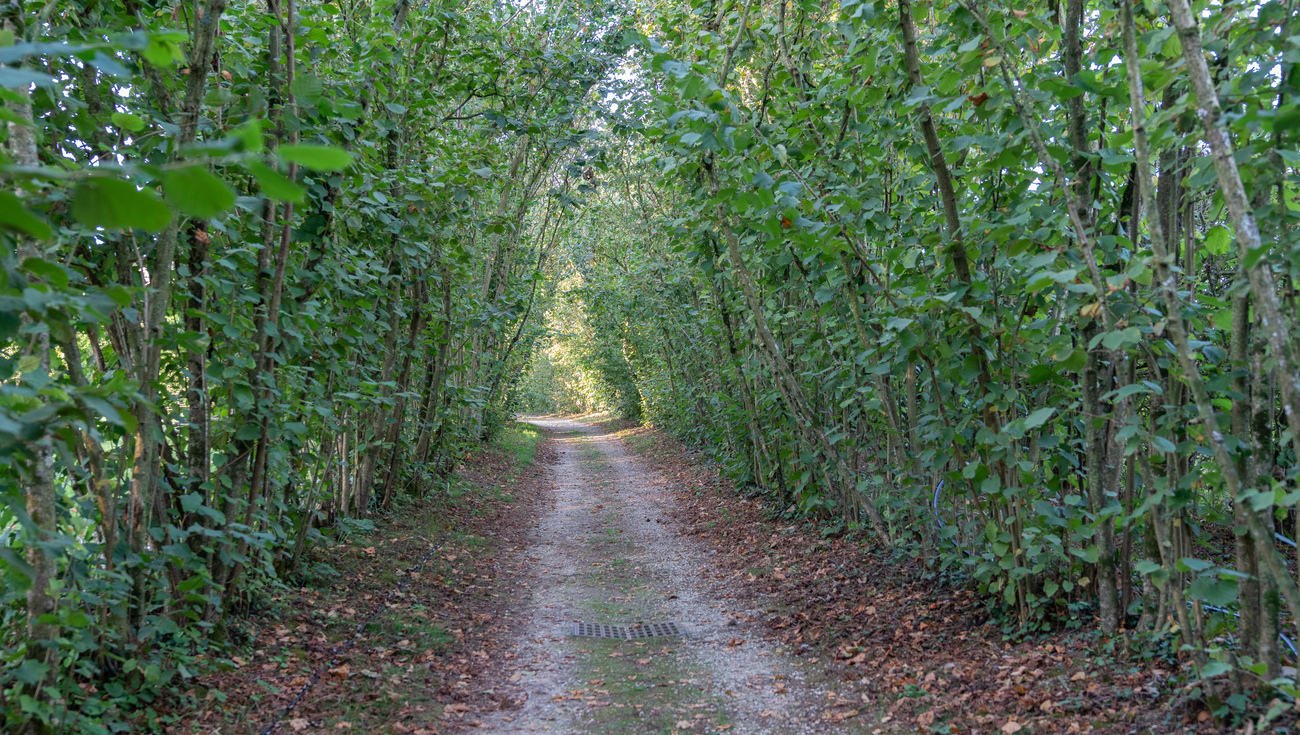 An intriguing vault of vegetation winding below the Pine Wood… Cool and mysterious in summer, the hazelnut path is covered in a joyful carpet of bulb flowers, but what also draws people to it is the rustic archway at its entrance—a mineral “folly,” inspired by the rocaille aesthetic, evoking a picturesque (and baroque) appreciation of ancient ruins.

"Stones are a key element of my garden. They point to an appreciation of ruins and a natural extravagance that was hugely popular in 17th- and 18th-century France and Italy. There are many rocaille elements at Versailles as well, not only in the garden groves but also in paintings by landscape artists such as Hubert Robert, whose the “Le Louvre en ruine” was a source of inspiration for this rustic archway." 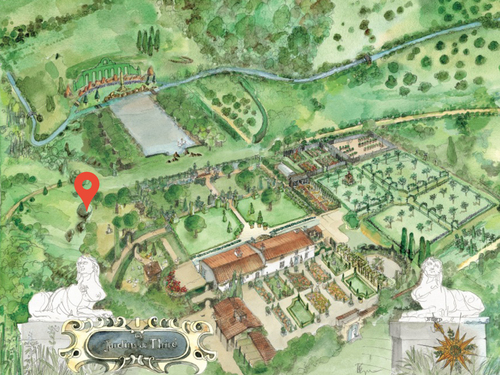 The nut walk comes alive during the spring, beginning with the starry flowers of the wood anemones, Anemone blanda and Anemone nemorosa. These are followed firstly by drifts of blue Scilla and golden celandines and finally by several varieties of miniature daffodils including Narcissus ‘Pipit’, Narcissus ‘Jack Snipe’ and Narcissus ‘Tête à Tête’

The Garden to the rythm of the seasons