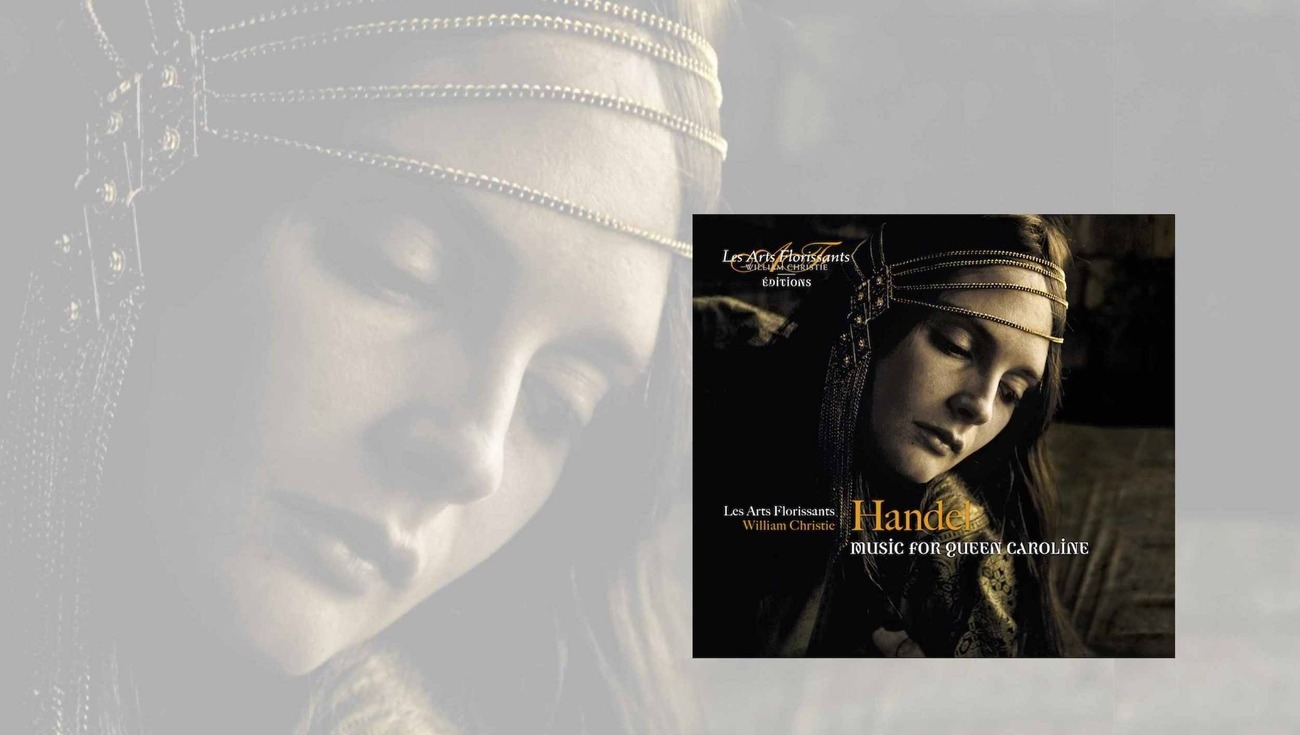 Queen Caroline was an emblematic female figure of the eighteenth century. The wife of King George II of England, Caroline of Ansbach was a woman of great beauty, a supporter of the arts and sciences, and also a friend and protector of Handel.

It was Handel who was commissioned to compose the ceremonial music that accompanied her reign—“The King Shall Rejoice” played at her and George’s coronation, the “Queen Caroline” Te Deum, written for her arrival in England, and also “The Ways of Zion do Mourn,” composed for her funeral.

In this recording which, for the first time, brings together these three works illustrating the very strong link between the queen and her chosen artist, the choir and orchestra of Les Arts Florissants, whose ranks were enlarged for the occasion, bring back to life music that is at once flamboyant and poignantly human.

This box set includes a specially commissioned text by Douglas Kennedy, “At the Concert.”

Soloists for the Te Deum