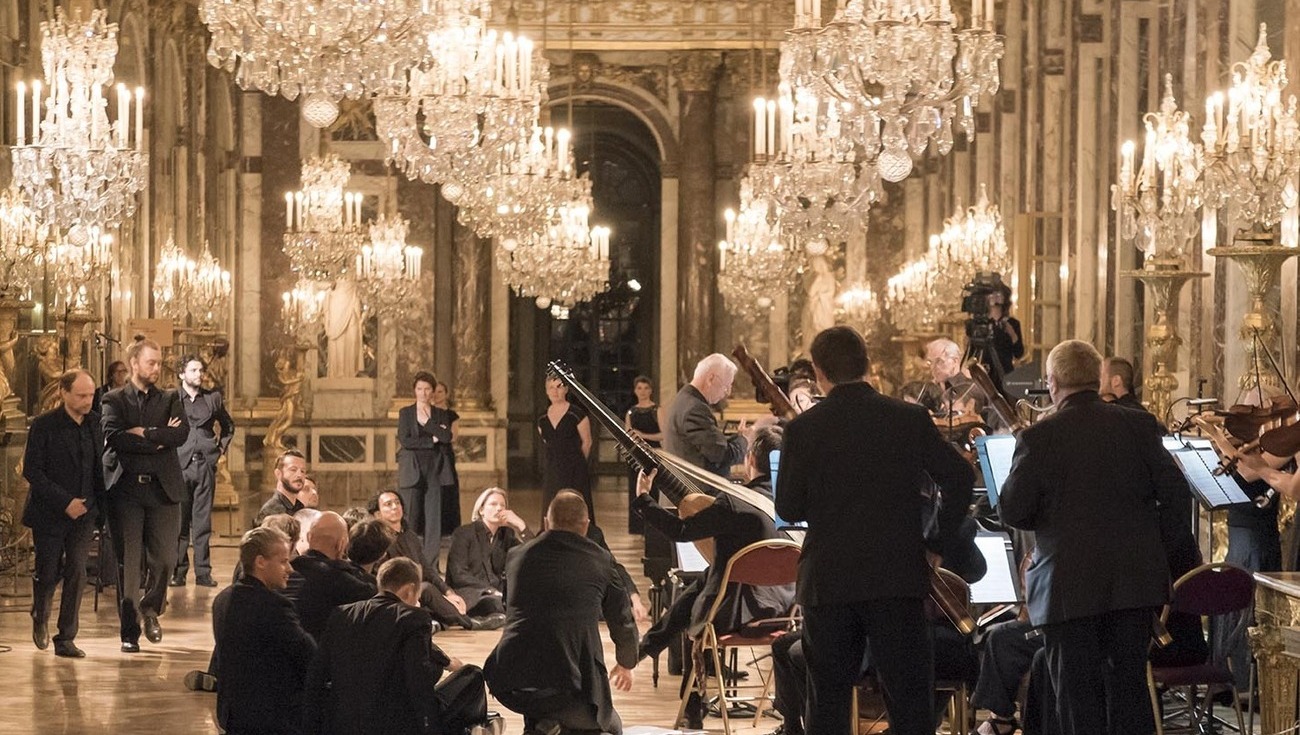 
Music at Versailles, a day with the Sun King

Music at Versailles, a day with the Sun King

The 300th anniversary of the death of the Sun King could not go past without William Christie and his ensemble Les Arts Florissants creating a concert in honour of the King who feuled almost a century of artistic fervour.

France’s longest reigning king and a great lover of the arts, Louis XIV, an accomplished musician and dancer himself, provided the impetus for three generations of musicians and drew all of Europe’s artistic attention to Versailles. The numerous festivities of unrivaled magnificence that entertained the court were always accompanied by music as were the monarch’s intimate and daily rituals. From the « Grand Lever » at the beginning of the day, to the « Dîner » and the « Coucher » as he went to bed, there was music, always music…

In an evocative evening of music and dance, Les Arts Florissants will bring a day of music of the court of Louis XIV alive.

Conceived as an imaginary walk through the Palace of Versailles, the master of ceremonies is Louis XIV himself who will accompany the audience throughout the evening, through the pomp and ceremonial of the court to the intimacy of the apartments.

Presented by a large orchestra, choir and soloists, as well as an actor and a dancer, this theatrical concert proposes a highly festive event created in collaboration with the dancer of the Paris Opera Nicolas Paul, and a text written by the actor resident of the Comédie-Française, Denis Podalydès.

As master of musical life of the court, Lully will of course be well represented along with Charpentier, Campra, Lambert, Couperin and Marais...  Comedie-ballet, tragédie-lyrique, sacred and chamber music will all be played ending with an extravagant Grand Finale « à la Française » celebrating the greatness of the king with music, singing, dancing and other delights.

A week-end with Louis XIV and Les Arts Florissants at the Philharmonie de Paris  :

Concert: Music at Versailles, a day with the Sun King - December 4 at 8:30pm