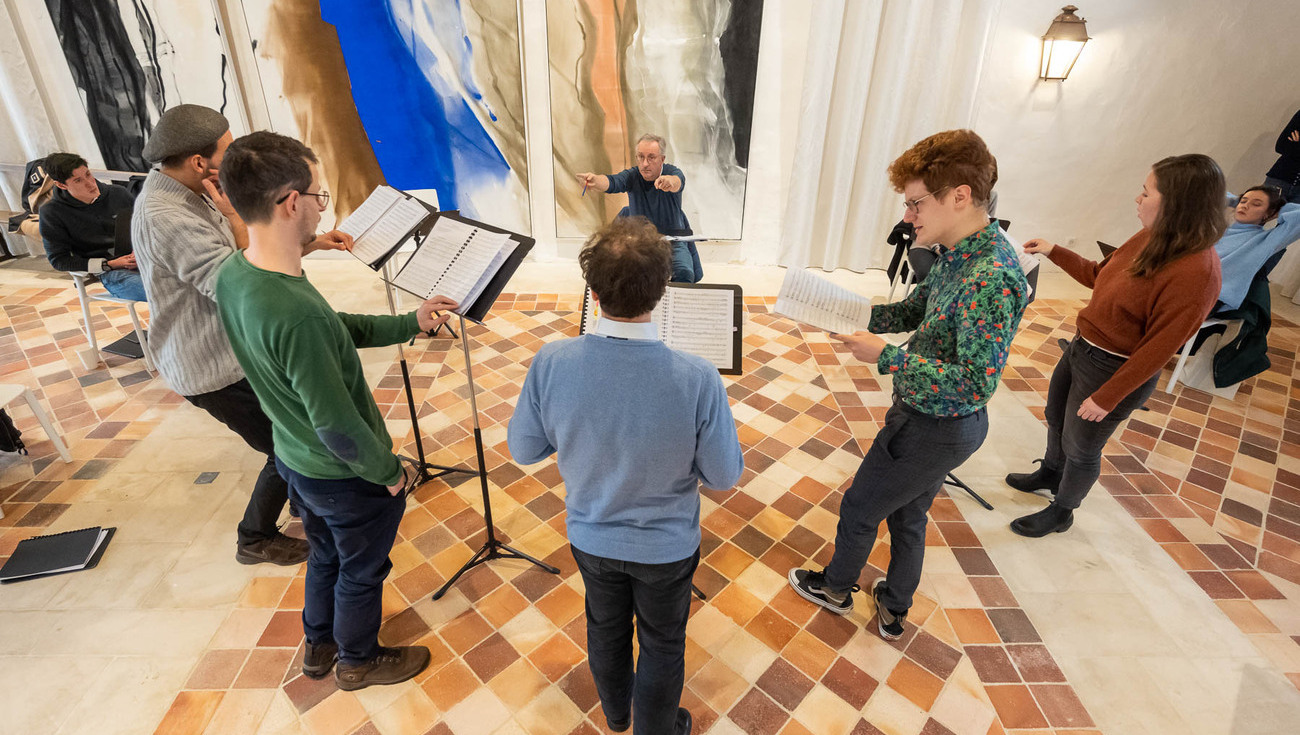 An accomplished pedagogue, Paul Agnew is also a remarkable talent scout. This month, he will focus on this activity by contributing to three projects of international scope:

For the second edition of this international competition for female conductors, Paul Agnew takes part in the Hall and Orchestra Committee. He will provide advice to selected young conductors with an interest in early music by offering them masterclasses.

After New York, it is in London that Paul Agnew and William Christie continue their search for the finest Baroque talent for the 11th edition of Le Jardin des Voix, Les Arts Florissants' baroque academy!

Paul Agnew is the guest of the Juilliard School in New York for a series of masterclasses with students of the Juilliard Early Music Department, Juilliard415. He will address with them the music of Carl Philip Emmanuel Bach (Johann Sebastian's son), and will conduct them in concert at the Boston Early Festival on March 26, at Alice Tully Hall in New York on March 28 and on tour in the Netherlands in April!