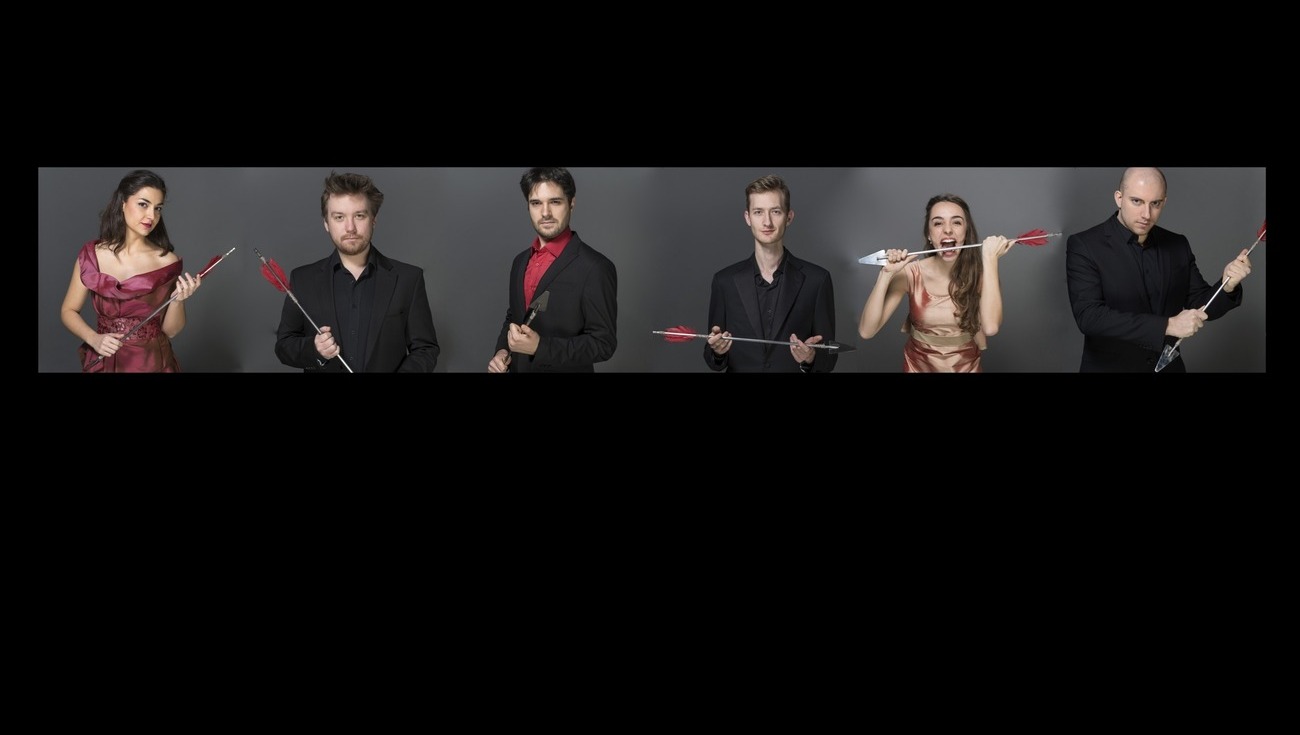 On completion of a selection process end of 2013 after auditions in Vienna, London, Paris and New York early in 2014, six winners were selected.

During the Academy, the six prize-winners work with a team that includes some of the most eminent professionals in the Baroque arena (singers, directors, music historians, artistic staff, language specialists, etc.) who share theoretical and practical knowledge in their field.

At the end of a fortnight of intensive work, the singers, accompanied by the orchestra of Les Arts Florissants under the direction of William Christie and of Paul Agnew, demonstrate their mastery of this repertoire to audiences at leading international concert halls, with the program Un Jardin à l'italienne. 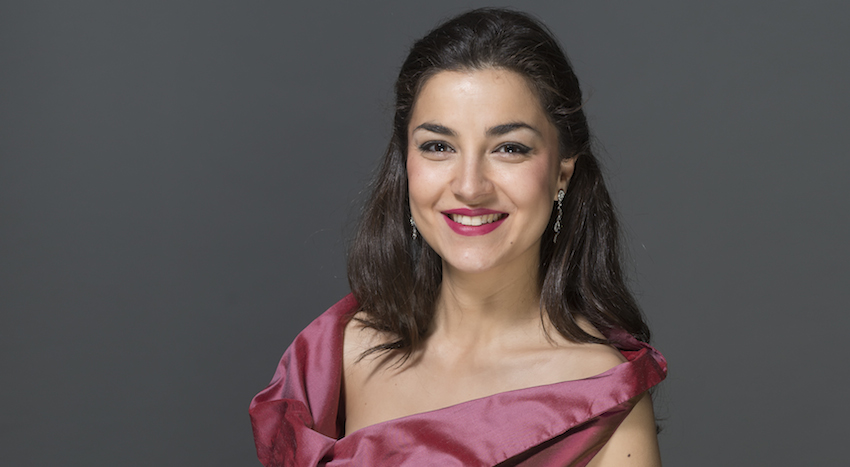 She has performed in the “Palau de la Música de Valencia”, “Teatro Calderón de Valladolid”, “Festival Internacional de Música Antigua de Peñíscola”, “Museu de la Música de Barcelona”, “Kulturkirche St.Stephani” of Bremen,”Reial Monestir de Pedralbes” of Barcelona, among others. Likewise she works with many Early Music ensembles giving many concerts with programs of the Spanish and Spanish-American Renaissance and Baroque, and she has recorded several CDs, among which one that stands out, is the whole work of Cabanilles with Brilliant label. It should be pointed out her participation in the “III Academia de Formación Profesional, Investigación e Interpretación” belonging of the Fundación CIMA conducted by Jordi Savall and performing at the Auditori de Barcelona and the Chateau de Versailles. 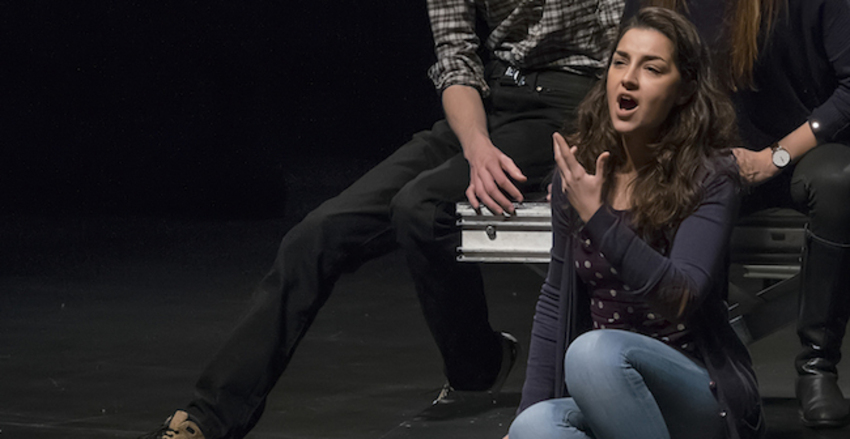 In opera’s repertoire she had performed the role of Amore in Orfeo et Euridice by Gluck, Pamina’s role in Die Zauberflöte by Mozart and Venus’s role in Venus and Adonis by Blow.

Soon she will perform Spanish Renaissance with Laberintos Ingeniosos conducted by Xavier Díaz-Latorre, Bach’s Magnificat in D major and Schubert’s Mass n.2 in G major by Schubert in Bremen, and Misaele’s role in Nabucco by Falvetti with Capella Mediterranea conducted by Leonardo García Alarcón, in Brussels and Versailles.

21 year-old mezzo-soprano Lea Desandre began singing in the children’s choir of The National Opera of Paris, continuing her studies at the CRR de Boulogne and the Venice Conservatory “Benedetto Marcello”. She is a student of Sara Mingardo since 2013 and regulary coaches with Vivica Genaux.

She takes part of the Venice Voices project: CD and concerts of duets with Sara Mingardo. Lea Desandre makes here Chinese début in the rôle as Sesto in Händel's Giulio Cesare in Egitto and as the Second witch in Purcell’s Dido and Aeneas with David Stern and his Opera Fuoco ensemble for the first Shanghai International Baroque Festival. She sang in Mozart’s Idomeneo at the Opera de Lille with Emmanuelle Häim and her Concert d’Astrée ensemble in January 2015.

Future projects include Handel’s Academy in Aix en Provence with Emmanuelle Häim and Sarah Connolly, and Ruggiero in Alcina (Handel) in Shanghai in December 2015. 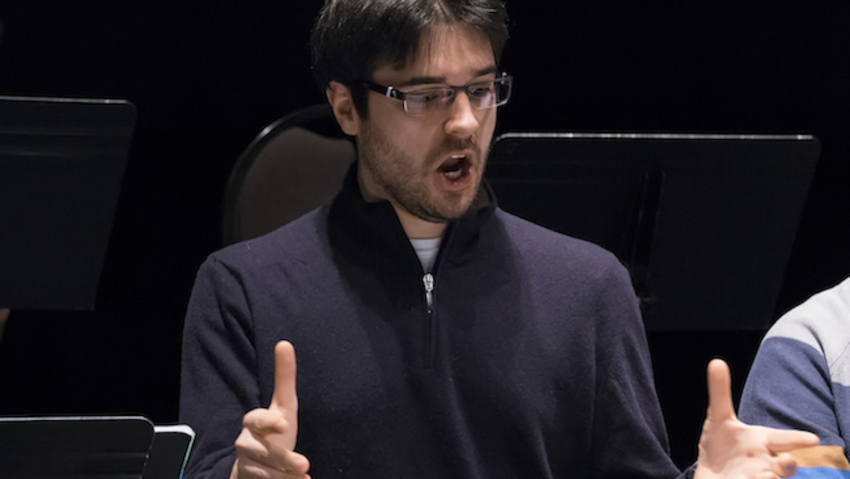 In October 2012, he made his operatic debut as Sorceress in Henry Purcell's Dido & Aeneas in Cesena (Ravenna). In November 2012, he sang the role of Licida in Josef Mysliveček's L'Olimpiade at the Teatro Comunale di Bologna, conducted by Oliver von Dohnányi. In June 2014 he sang the role of Ottone in Claudio Monteverdi's L'incoronazione di Poppea at the New Belgrade Opera, conducted by Predrag Gosta. In November 2014, he sang the title role in a concert version of Handel's Tamerlano in Poznań (Poland), conducted by Alexis Kossenko. In December 2014, he took part, as Tolomeo, in a concert version of Handel's Giulio Cesare in Egitto in Shanghai, conducted by David Stern. 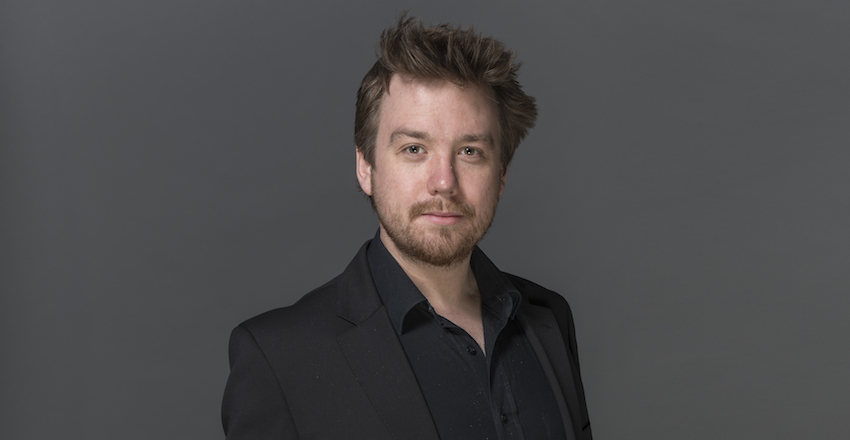 Nicholas was awarded a Sir Elton John Scholarship and ABRSM Scholarship to The Royal Academy of Music, from where he graduated as an undergraduate and Postgraduate, studying with Mark Wildman.

Whilst at the RAM Nicholas enjoyed a busy solo career on the concert platform of which highlights include: the leading role in New Chamber Opera’s production of Arne’s The Judgement of Paris; Britten’s Serenade for Tenor, Horn and Strings with the St Cecilia Orchestra in Ripon; and Bach’s Cantata BWV 61 in Canterbury Cathedral. Nicholas also regularly performed as the tenor soloist in the Royal Academy of Music / Kohn Foundation Bach Cantata Series. He has performed Haydn’s Creation in Guildford Cathedral and Haydn’s Missa Cellensis and Handel’s Foundling Hospital Anthem at Lichfield Cathedral. Nick has performed in The Victoria International Music Festival in Malta with The Maltese Philharmonic Orchestra and sung has Mozart Requiem in St Martin in the Fields with the Brandenburg Sinfonia. 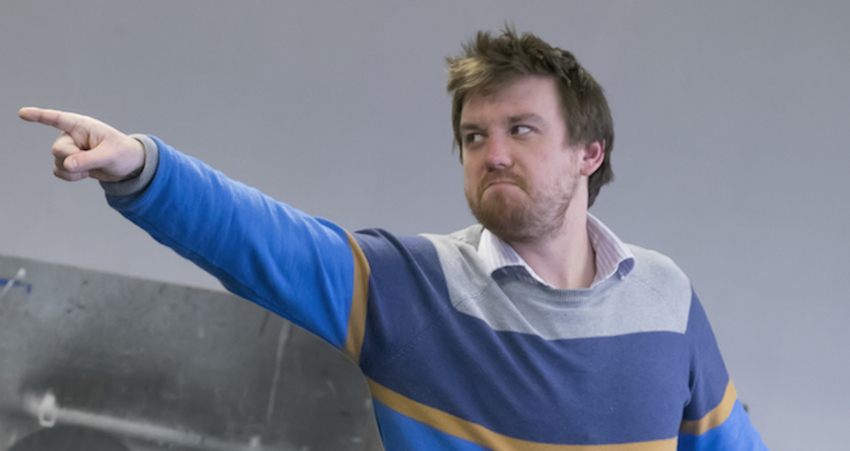 Nicholas’ operatic roles include: Castor, in Rameau’s Castor et Pollux with the Yorke Trust, and as the eponymous The Wandering Scholar by Holst and Don Basilio in Mozart’s Le Nozze di Figaro, Lurcanio in Handel’s Ariodante under Jane Glover and the cover roles of Un suivant d’amour and Premier Parque in Glyndebourne Festival Opera’s production of Rameau’s Hippolyte et Aricie under William Christie.

Other notable performances include Messiah at the Linder Auditorium, Johannesburg with the Johannesburg Festival Orchestra under Richard Cock, BWV 61 and BWV 128 under Masaaki Suzuki. Nicholas has recently recorded the roles of St Pierre in Marc-Antoine Charpentier’s Le reniement de St. Pierre and the role of Issac in Le sacrifice d’Abraham for La Nuova Musica and Harmonia Mundi USA. 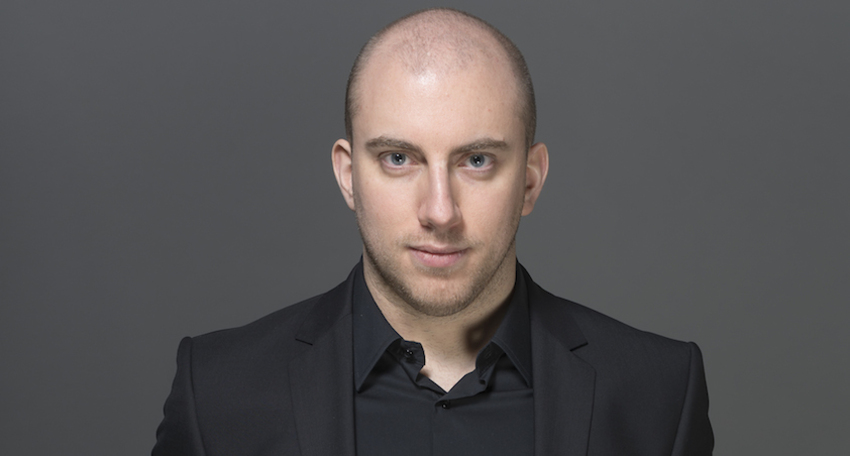 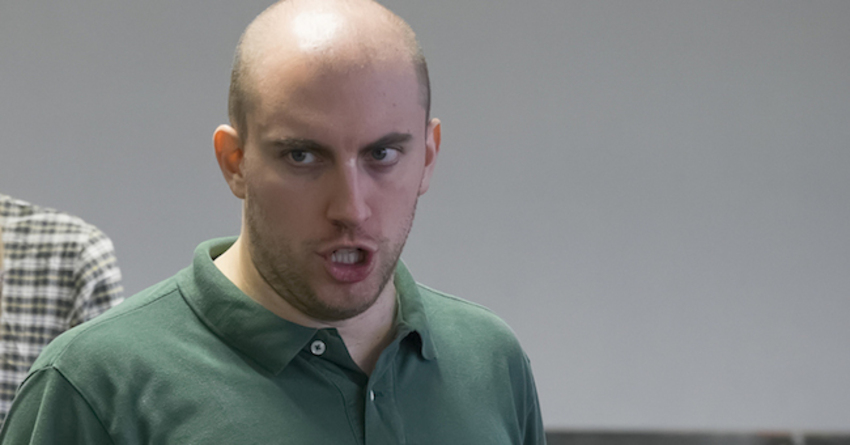 He regularly joins ensembles such as “Il Canto d’Orfeo” conducted by Gianluca Capuano, with whom he has interpreted the baroque as well as contemporary repertoire, and Giulio Prandi’s “Ghislieri Choir & Consort”. Among recent engagements, he performed the multiple roles of Borea/Alcione/Niconida/Argeo in Cavalli’s Eritrea (Teatro LaFenice, Venezia) under the musical direction of Stefano Montanari, receiving praise for his “important voice, dominated with great control” (Italian magazine “Musica”) and as  “a beautiful surprise for his melodious dark voice” (Forumopera) and “a resource to take note of […] for gratifying mastery of interpretative skills” (Il Corriere musicale).

His discography includes a disc of chamber duets by Agostino Steffani recorded with Roberto Balconi and Ensemble Fantazyas (ALM Records) and the eponymous role in San Giovanni Crisostomo by Alessandro Stradella, recorded live with Claudio Astronio and Harmonices Mundi (to be released for Brillants Classics). 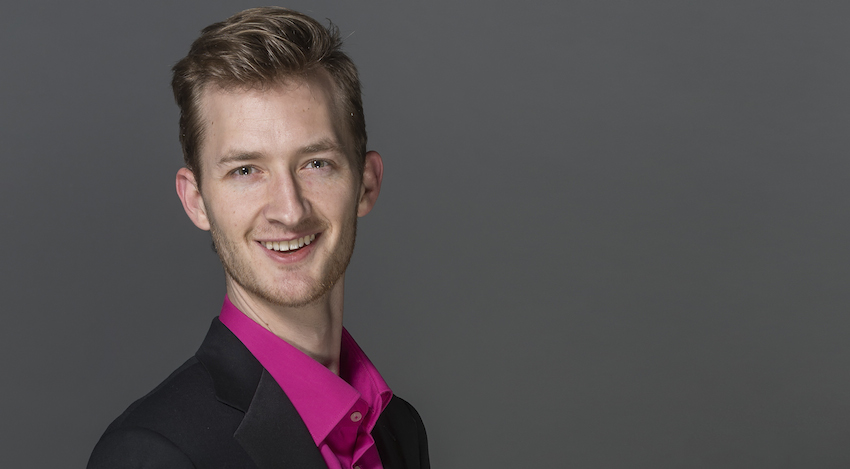 Praised by the New York Times for his “impressive clarity and color” and “velvety suaveness,” John Taylor Ward’s musical life fuses performance, scholarship, and entrepreneurship in his "intense, sincere" presentations (New Haven Register). The 2013 season included Taylor’s solo debuts at Avery Fisher Hall, Carnegie Hall, the Carmel Bach Festival, the Ravinia Festival, the Boston Early Music Festival, and with Bach Collegium Japan and Collegium Vocale Ghent. Most recently, Taylor premiered the roles of Ulysses and Proteus in a new opera, Orfeo Chaman, created for the Teatro Mayor of Bogota, Colombia and the ensemble, L’Arpeggiata, and his performance of Bach’s B Minor Mass was hailed by the Washington Post for its “finely calibrated precision and heart rending expressivity.”

A noted practitioner of baroque and folk musics, Taylor also brings his skills as a “sonorous, smooth vocalist [with] fine verbal shading” (Opera News) to collaborations with contemporary composers and artists, such as Merrill Garbus of tUnE-yArDs, Pulitzer Prize winner Caroline Shaw, and the Grammy-winning ensemble, Roomful of Teeth.

Taylor is the co-founder and associate artistic director of the Lakes Area Music Festival in Brainerd, and he also serves as a performer, administrator, and core founding member of two New York-based ensembles: The Academy of Sacred Drama and Cantata Profana. He received his bachelor’s degree from the Eastman School of Music and a Master’s of Musical Arts from the Yale School of Music, where his musicological research focused on the performance practice of shape-note music and American folk-hymnody.