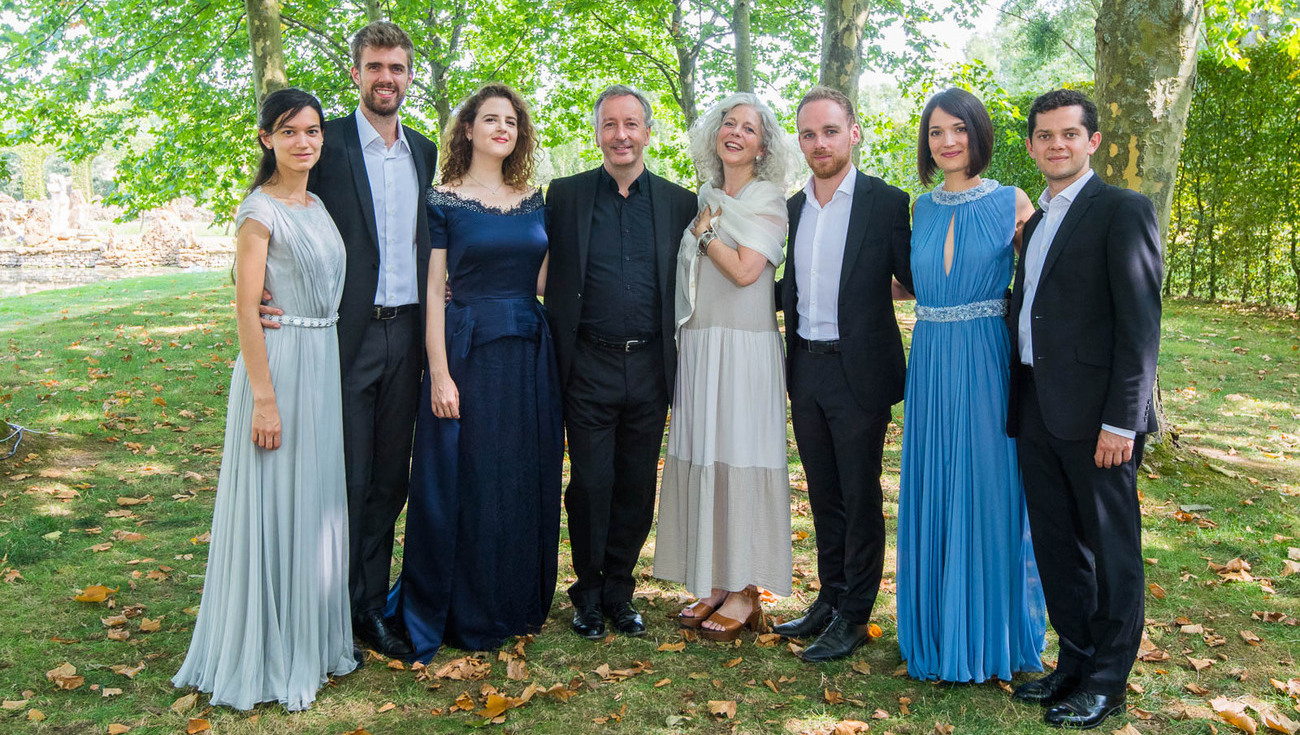 On completion of a selection process after auditions all around the world, six winners were selected.

During the Academy, the six prize-winners work with a team that includes some of the most eminent professionals in the Baroque arena (singers, directors, music historians, artistic staff, language specialists, etc.) who share theoretical and practical knowledge in their field.

In August 2017, the singers will be invited to take part in an intensive working residency of 3 weeks in Thiré, in the Vendée, where the festival Dans les Jardins de William Christie takes place every year. After that, and with the accompaniment of the orchestra of Les Arts Florissants under the direction of William Christie and of Paul Agnew, they will demonstrate their mastery of this repertoire with a concert dedicated to English aria: "An English Garden".

This programme will be first performed at the festival Dans les Jardins de William Christie on August 19 and 20, before being brought on tour to leading international concert halls.

The Laureates of the Jardin des Voix 2017